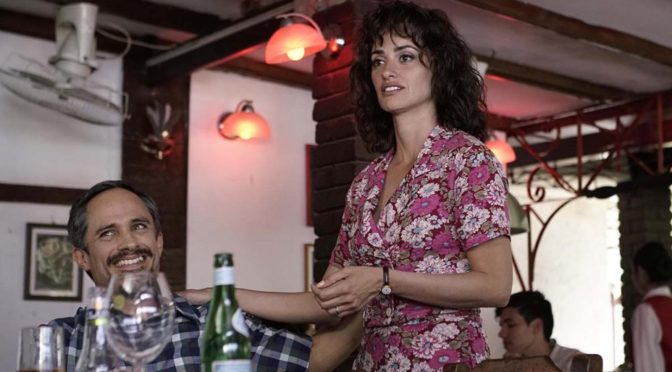 With the fall of the Soviet Union in 1991, the world’s eyes turned to Cuba, waiting to see if the government could survive after the fall of its greatest ally. While we have the benefit of hindsight, WASP NETWORK examines this period of uncertainty, where agents for and against Fidel Castro battle for the future of Cuba. It sounds like an interesting premise that could produce an interesting film, but WASP NETWORK is not that film.

WASP NETWORK possesses enough misdirection to keep the audience guessing about where it is heading. This is enabled by some good performances from Penelope Cruz and Édgar Ramírez, along with interspersed news reports of events happening at the same time. Unfortunately, it’s rather too good at this misdirection, so much so that it has no idea what it wants to be. Towards the end of the first act, it seems like a discount GOODFELLAS, before moving into territory occupied by more conventional espionage pieces, even if there is a decent spin out on to that feel. That said, espionage films are better the more they show and the less they tell. While there are some nice visuals to be had, WASP NETWORK is far too keen to sit the audience down at every possible opportunity to explain what is happening in detail, sometimes with a narrator, and as a result it becomes more of a historical dramatisation in its closing scenes. The actors rarely get the chance to show off their talents, because the script continued to interrupt them throughout the film.

Even when WASP NETWORK is not interrupting itself through dialogue, it’s doing so by introduction. New characters that the narrative follows are introduced throughout the film, even in the final act, so that while René and Olga have had the screen time for the audience to get to know them, this isn’t the case for those characters introduced later on. These introductions are also confounded by jumps in time and space, with one particularly confusing point being a four-year jump backward through the film’s timeline to introduce another character who subsequently shows up in a scene captioned ‘the present day’, even if it’s talking about the 1990s. Meanwhile, one particularly crucial introduction, the network of the title, isn’t introduced until the halfway mark has come and gone. As a result, the meandering plot can be difficult to follow at times and ensures the film is far too long for the content it possesses.

Were WASP NETWORK to cut down on its roster of characters, and focus on its core of Renéand Olga, while settling on a genre, then there are the makings of a decent film. Unfortunately, what we get is an overly convoluted mess of a structure; one which would even make a time travel film think twice.