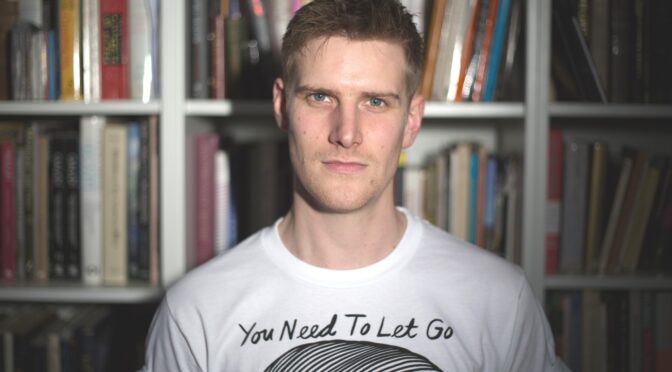 SUPERNOVA is Harry Macqueen’s sophomore feature, starring Stanley Tucci and Colin Firth. The film tells the story of Sam and Tusker, a couple of twenty years who face the looming shadow of Tusker’s early-onset dementia as the pair focus on the importance of the time they have left together. Elle Haywood speaks to Macqueen about the delicate intimacies of the film, the significance of his dementia research, and shooting in the Lake District in the middle of winter.

Elle Haywood: How has it been releasing a film in a pandemic era festival?

Harry Macqueen: It’s been challenging, and very different to how it normally is, but that’s fully understandable. It’s also just been incredible, not only because we’ve been lucky enough to get into some brilliant festivals, but that those festivals have been put on at all. I mean it’s quite remarkable resilience and dedication from the people that are running these film festivals to get them on at the moment, and it really is moving hell and earth actually really to get them organised and make them happen, so you know, hats off to all of those people.

EH: It’s an absolutely beautiful film, and I really appreciated your really delicate handling of dementia. Speaking of how intimate the film is, it’s quite a complex operation to capture that level of intimacy in detail and the camera feels like a very constant companion at Sam and Tusker’s side, through every moment of like heartache and silence. What was your process for working with intimacy and shooting that level of detail?

HM: Thank you for the kind words, intimacy really is kind of the main focus of this film as you’ve just said. It was really important to me right from the start to just be delicate about how we filmed it, how I directed it, and how we edited it. All of those things are important, because it’s a film really just about two people, and it focuses very intimately on what’s happening. So the job really was just not to get in the way of that, and to have the space and the time to make those performances really come alive in their most raw, uninhibited, and nuanced form. The performances are really subtle. That was always my focus as a director on this project specifically, because the film was always going to live or die on those two central performances and the loving relationship between them. So that was always the focus.

EH: Their relationship of twenty years is seasoned, sparkling, and their dynamic contrast is beautifully suggested. How much work did you do with Stanley and Colin beforehand or was a lot more of it done during the scenes?

HM:All throughout really, which I think is important. We were constantly shaping it and reworking it and playing around with things. Colin and Stanley have been friends for 20 years anyway which is an incredible coup for a film like this because, it’s resolutely a two-hander, and what you have when you can work with two people who have a pre-existing history and a kind of love for each other is you don’t have to sometimes work as hard as you normally would to capture that naturally. They bring a lot to the table themselves as people. We worked really hard on the specifics of the characters. We had that loving relationship set in stone anyway and it’s so genuine in real life, so we just then focused on how we nuanced that within the context of the characters themselves and the situation. So we worked really hard on that, and the dementia aspect of it particularly. I worked a lot at UCL when I was doing my research at the dementia research facility there, and Stanley, Colin, and I went there, spoke to the practitioners and I shared all my research with them, so we focused very hard on the portrayal of dementia specifically.

EH: How hard or easy did they find it? Dementia is complex and there are still many unknown aspects to it. As actors obviously it’s a different process, but did you find that easier as an actor yourself, kind of knowing how to have those discussions together?

HM: I think it definitely helps to have an experience of acting when working with any actor really because you have an understanding of the process that you might be going through to get into the role, and also a shared language. It was tough, I mean we’re dealing with really emotive material and really important material and the job for me which stemmed from research and personal experience spending time with people living with dementia, the most important thing for me was to get that right and to do those people who I spent a lot of time with justice and their stories justice. And Colin and Stanley worked equally hard to handle it with compassion because it’s difficult stuff.

EH: Did your perception of dementia changed over time, I mean you did 2/3 years’ research into it?

HM: Yeah it did, absolutely. I learned so much about dementia. Broadly, but also specifically. We’re talking about young onset dementia in this instance so I learned a lot about the different versions, if you like, of that. But also you learn, as you said before, how much isn’t known about it, and how much is being discovered, almost on a weekly or monthly basis which is kind of incredible. You learn surprising things, like young-onset dementia sometimes isn’t really about memory, or that kind of cognitive decline, at least initially. It can affect many more physical things first, reading as well, and spatial awareness in this case. Tusker has a type of young-onset dementia called posterior cortical atrophy, which affects the posterior of the brain, the back of the brain. So actually before memory and those kinds of much more obvious things, obvious dementia qualities happen, it’s actually writing and reading and spatial awareness and eyesight that are affected first. It’s a really surprising condition.

EH: And finally, how was shooting on location for so much of it? Because it must have been a pretty cold and chilly experience.

HM: Yeah, you’re telling me! We filmed it a year ago now, so September/October last year. And the weather was a constant challenge, but that’s what happens when you’re making a road movie in Britain, I mean you’re kind of asking for it I suppose. It was great because we sort of hunkered down all of us, we all lived in the same place and we were kind of in the middle of nowhere and it was just a really amazing experience. But yeah, it had its challenges that’s for sure.