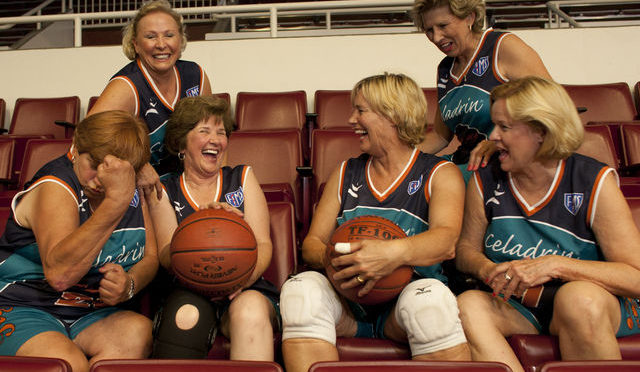 Anyone perturbed by ageing demographics in developed countries should be intrigued by this inspiring documentary about the American ‘National Senior Games’. This film illustrates that life continues well into the third age.

Shot during during 2009, the film is structured into three distinct sections. The first introduces the various individuals who are lining up to participate in the games. Amongst them are the octogenarian Tatum brothers who reminisce about swimming in the reflecting pool between the Lincoln Memorial and World War Two memorial in Washington DC. Also competing are a group of female basketball players, two rivals for the decathlon and a tennis player who is over 100 years old! The profile of each competitor illustrates his or her background and reasons for participation. The national competition occurs biannually so, by their own admission, putting their names down for the games in advance is an act of optimism on the part of competitors.

During the second part of the film, the games themselves take place and we observe the competition in full swing. Our aged Olympians are not what they used to be, and the squeamish should be advised that there are various injuries sustained during the pursuit for gold, including gouged skin and dislocated shoulders.

The summing up towards the end reveals some national coverage that the games draw and reflection about the events during the year. Overall this is a very pleasant, fun and thought-provoking film which invites viewers to organise private screenings of the movie in their community.