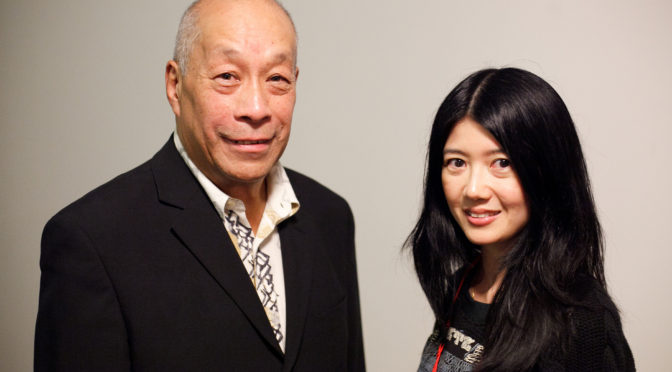 Exploring race and family, and the fissures that form between the two, Noreen Kershaw’s ACT OF GRACE delves into the murky world of Triad culture in Liverpool and Manchester. Actors Jennifer Lim and Ozzie Yue, both growing up in British-Asian society, shared a unique insight into their experiences and how this influenced their characters and the film.

“Growing up, all older men or women were auntie or uncle,” Lim recalls. Particularly relevant in a film in which family boundaries of birth or honour are tested to deadly depths. Triads and Mafia may be an overemphasised extreme of film culture, yet the prevalence of family ties is not something that should be limited to the fringes of Asian society. Yue, who himself plays Uncle Dai-Lo – avuncular with a lethal difference – remembers the large element of respect and family honour growing up in a British-Chinese family. It is this pivotal tenet about which ACT OF GRACE spins. As Yue analyses, Chinese communities “do very much stick to themselves, and sort many of the things out within their own community […] Family is one of the big things, even if it is your own personal family”.

Camaraderie is the key, whether that be the bonds of the Triads or the workings of a community.

Yue’s own father was president of a masonic lodge within the Liverpool Chinese community, responsible for aiding positive integration and specific needs of a separate culture. He recounts activities such as “organising people to be sent home to be buried,” as well as translation for arrested Chinese suspects with little English. Camaraderie is the key, whether that be the bonds of the Triads or the workings of a community. As Lim explains, “leaving China … they needed a sense of community, a sense of support”.

However, as unrelentingly violent a film as ACT OF GRACE is, it will be interesting to gauge how the Asian community react to a film in which Far-Eastern population is almost solely composed of organised criminals. The cast reports that the reaction has been largely favourable, and, as Lim hopes, they perceive it as “ a heightened piece of drama.”

One thought on “Interview with Ozzie Yue and Jennifer Lim”