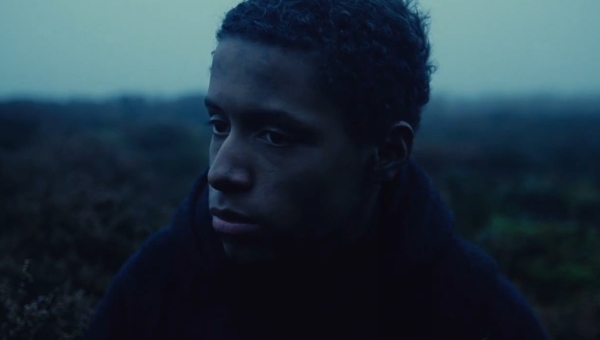 WUTHERING HEIGHTS is a striking adaptation of an Emily Brontë classic, that eschews many of the clichés one might associate with popular views of the source material. Although director Andrea Arnold doesn’t always make the right moves, it captures the soul of the story with some fine acting and stylistic choices.

I have never read the novel, but it would be an impressive effort to be totally unaware of the tale of Catherine Earnshaw and Heathcliff across the moors and epic landscapes of the English north. Andrea Arnold has concentrated on the characters of Brontë’s tale, rather than becoming enchanted with the setting and having it dominate the story. This isn’t to say the moors don’t permeate the film throughout – the mud, wind and rain feeling far more earthly and elemental thanks to Arnold’s handheld filming approach and the cinematography – but it doesn’t show undue deference. Despite the potentially sumptuous scenery, the film is shot in the 4:3 aspect ratio Arnold used for FISH TANK, lending the atmosphere a more intimate feel than sweeping widescreen shots. 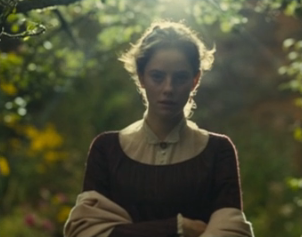 Many elements are clearly intended to give the story relevance to the modern audience, mostly related to conveying the outsider qualities of Heathcliff, but not all of them work. The explicit casting of Heathcliff as black works very well in this period context, but some of the dialogue clearly doesn’t. Heathcliff announcing “Fuck off, you cunts” to the assembled characters sits oddly, as do some other lines which would seem more at home in a stock gritty British drama. However, these moments are fleeting as the script prefers to punctuate itself with wind and shots of nature rather than extended conversation. With a lack of musical score and dialogue at points, much hinges on the performances of the leads – which are fortunately superb.

As the young Heathcliff and Catherine, Solomon Glave and Shannon Beer do superbly in conveying the evolution of the bond between the pair. Much of the groundwork is laid here, and despite Kaya Scodelario and James Howson doing admirably themselves as young adults, it is the feeling and intensity of the childhood connection that helps the story’s heartbreaking conclusions hit home.

Despite some elements seeming a little misplaced, WUTHERING HEIGHTS is a brilliantly acted, shot and realised vision. As the story gives way to the end credits, and the excellent Mumford & Sons track written for the film, you will be struck by this dirty and cold portrayal of love in one way or another.

One thought on “Wuthering Heights”