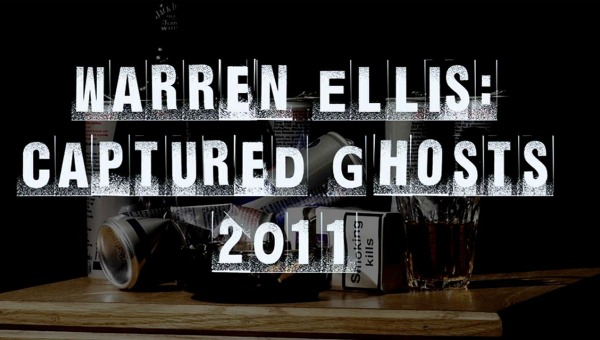 As a viewing experience, WARREN ELLIS: CAPTURED GHOSTS has an emotional effect similar to meeting an author whose work one admires tremendously, but director Patrick Meaney has saved us the embarrassment of shuffling our feet and babbling about how Transmetropolitan changed our lives. Instead, we get to see famous people do this, interwoven with two lengthy interviews with the insanely quotable Ellis.

This is not revelatory biography, and there are no surprises; we are not treated to the underbelly of Ellis’s life because Ellis wears his underbelly on his sleeve, and the underbelly is all the fun.  The film wants to spend time with Ellis, not deconstruct him, in spite of an insistence in interviews that Ellis is the subject of the film because of his mystique. Biographical detail falls by the wayside, but it’s all in service of story, which feels faithful to the constructed Ellis persona. He is a shaper of strange futures, a teller of vivid, grim, dementedly funny stories, discussion of which Meaney uses to shape the trajectory of the film. On the subject of himself, Ellis is self-deprecating.  Dedicated to narrative, he is only able to appreciate himself when present in the tale. “I was naked up a tree in Colchester,” he begins one anecdote, with an ease that disappears when he later tells us, “You just have to be the best available you that day. I never think I’m doing good work.”

They concur that he is the Old Bastard and then turn and say what a warm and wonderful human being he is: Ellis responds, “I will slap all of them one day.”

The pace of the film lags when we spend too much time with Ellis’s friends, colleagues, cohorts and devotees. Listening to people talk about Ellis, even people like Helen Mirren, Joss Whedon, and Kieron Gillen, cannot compete with listening to Ellis himself, although it is interesting to see evidence of  Ellis as the “nexus of a cultural web,” a grassroots fandom grown on a young internet, now itself the next generation of comics. The interviews work best when Meaney lets the others talk and Ellis retort. They concur that he is the Old Bastard and then turn and say what a warm and wonderful human being he is: Ellis responds, “I will slap all of them one day.”  Ultimately a portrait of a character as colorful as any he has created, CAPTURED GHOSTS serves as the whiskey-sodden evening in the pub with Ellis that fans long for, but also as a dynamic introduction for viewers unfamiliar with his work. 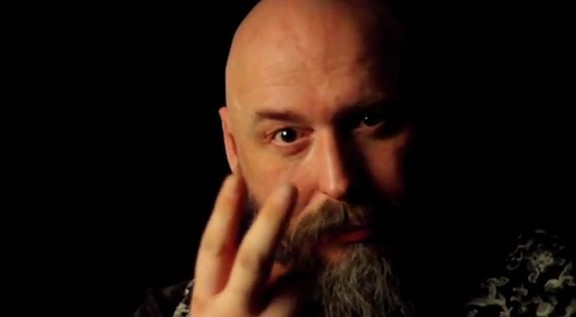