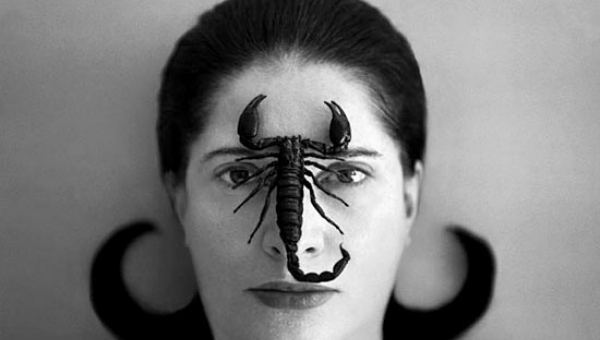 Although not well known to the general public, performance art is a non-traditional art form: ephemeral and aggressive. It is usually a combination of one or more elements such as dance, acting, painting, poetry and singing. These artists use their own body and own self to confront the audience with an array of issues pressing them, ranging from gender issues and politics to more personal aspects of their life. And while most of them dwell in obscurity outside connoisseur circles, Marina Abramovic, called by many the grandmother of performance art, has managed to carve herself a more prominent profile.

Matthew Akers’ and Jeff Dupre’s documentary juxtaposes Marina’s latest exhibition THE ARTIST IS PRESENT with a biographical review of her life and career. The approach allows viewers who have little knowledge about performance art to catch up, without boring those who come to the film specifically because they know what they are watching. The biographical part is mostly narrated by Abramovic herself, who presents the emotional impact of her childhood, early performances and her intense relationship with Ulay, her partner in life and performances in the early stages of her career. Elegantly the film thus manages to define and present a brief history of performance art itself without ever becoming a dull, factual lesson.

Prepared with the understanding of the emotional intensity of her performances, filmgoers can now dive into Marina’s latest work, which combines an exhibition of her previous pieces done by young artists, and her own new piece, in which she sits face to face with members of the audience, for eight hours a day for eighty days. Initially, though, only the preparations for the exhibition are shown and occasionally this pendulation between past and present seems unfocused, since neither part of the film is presented in a chronological order, and a specific aim or direction is not clarified. 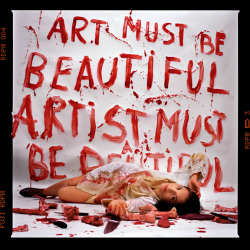 ally, the pieces do fal 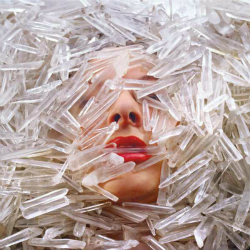 l into place, with the last segment focusing solely on the performance and the audience’s reaction to it.

Since the material shown is visceral and Marina herself has such a magnetic and multi-faceted personality, the film is an emotionally intense experience, and gives a rare glimpse into a undermarketed form of art, but mostly into a mind which chose to clarify its own murkiness through physical flagellation.

One thought on “Marina Abramovic: The Artist is Present”