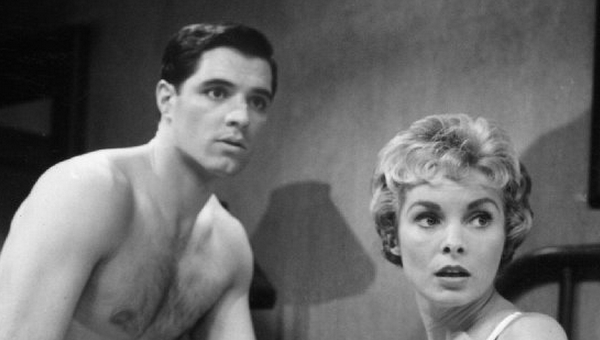 Few films since Psycho have captured the ugly and frantic spontaneity of murder quite as perfectly as Alfred Hitchcock did in 1960. Whereas a lot of its successors have us fear the murderer, Psycho has us fear the act of murder: not the man wielding the knife but the knife itself.

Modern cinematic serial killers take the form of depraved artisans but in Norman Bates we were presented with a killer who acts entirely in the moment, his methods as clumsy as they are terrifying.

Psycho has us fear the act of murder: not the man wielding the knife but the knife itself.

Hitchock encourages us to like the shy, handsome Bates, to empathise with him. His inability to say ‘bathroom’ when showing Janet Leigh’s Marion her room, his polite request for her to join him for a modest dinner are all signs of a lonely young man who wants simply to shake off his maternal chains and grow up. This sense of uncontrollable impulsivity is captured in Bernard Herrman’s frenzied score, a soundtrack that breathes incredible life into the images.

Psycho, even by today’s standards, is a very sexy film, sleek and cool with underlying sense of subtle deviance permeating the script. Hitchock always longed for more freedom regarding the sexuality of his films in a time when studios simply wouldn’t permit it. The forbidden nature of the film’s promiscuity, however, makes it all the more exciting. Psycho, clichéd as it may seem, became a blueprint for contemporary horror, and against a backdrop of generally stale modern horror releases you’ll find it fresher, wittier and more unsettling than ever.

One thought on “Psycho”