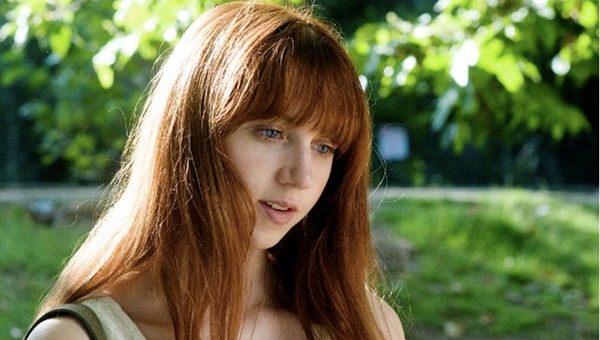 On the surface, RUBY SPARKS looks like a fairly harmless rom-com. Another slice of fluff from the makers of LITTLE MISS SUNSHINE; a very digestible slice of ‘quirk’. However, unlike that 2006 feature, the script from Zoe Kazan (also taking on the title role) has a solid thematic core and is an interesting swipe at the more unbelievable or submissive female characters that have plagued cinema in recent years.

Paul Dano takes the role of Calvin Weir-Fields, a Salinger-esque young writer with one enormous hit some way behind him, suffering from crippling writer’s block. After being given a basic exercise by his therapist he begins to write about a young woman called Ruby Sparks, and starts to fall in love with this fictitious construct. One morning, however, he awakes to find the woman in his kitchen – very much a part of the real world. After initially fearing for his sanity, he comes to realise Ruby is, in fact, part of the real world and embarks upon a relationship with her. Over time, however, it transpires that it’s maybe a little too good to be true and he revisits his typewriter to meddle with the ‘character’ he has created.

RUBY SPARKS works as the gentle fantasy romance it’s packaged as, however, on a more memorable level Kazan’s script is a satirical swipe at submissive females in modern film and literature.

RUBY SPARKS works as the gentle fantasy romance it’s packaged as, however, on a more memorable level Kazan’s script is a satirical swipe at submissive females in modern film and literature. For too long, many have been reliant on a certain type of female character, often lazily labeled as the Manic Pixie Dream Girl (something Kazan herself has taken exception to in relation to RUBY SPARKS). The now constant overuse of the label means it has now slipped into reductionism, but there has been an undeniably large amount of female characters who take on the more undesirable traits of the stereotype. Characters who do nothing but accept the shortcomings of the male characters, by changing to accommodate them in search of a ‘hollow’ ultimate happiness for both. The sort of character that seems to have hung off the arm of Zach Braff on both big (GARDEN STATE, THE LAST KISS) and small screens (Scrubs) for much of the last decade, but arguably has its roots in a perversion of characters like Annie Hall.

RUBY SPARKS, and its lead character, are a searing indictment of recent false, hollow incarnations of this – artifices masquerading as a foil for creative or misunderstood male leads. Ruby begins as an endearing but unbelievable character, created purely in the fevered mind of Calvin. When he tries to meddle with her nature, he causes violent swings to undesirable extremes – punished for writing and creating an unrealistic character that is trying to live to an unachievable and unsatisfying ideal.

Whereas LITTLE MISS SUNSHINE […] was charming but fairly listless, RUBY SPARKS has a solid idea backing up the presentation.

Although undeniably amusing at many points, RUBY SPARKS is not afraid to go to many dark places as it becomes apparent Dano’s Calvin is not the misunderstood creative who needs to be brought out of his shell. He is an arrogant and conceited (and slightly misogynist) manchild, who tries to mould woman to his submissive and unrealistic ideals. In this respect, Dano is perfect casting – displaying the same mix of arrogance and naivety that worked to such great effect in THERE WILL BE BLOOD (and, dare I say it, to lesser effect in the otherwise offensively banal COWBOYS & ALIENS…). All scenes between our two leads strike the correct notes, possibly helped along by the chemistry perhaps inherent in pairing a real-life couple on screen. Kazan also does an excellent job, having to swing between endearing, clingy, believable and unbelievable in the one picture. The unbelievable aspects of Kazan’s Ruby are meant to be exactly that.

Whereas LITTLE MISS SUNSHINE, the previous feature directed by husband-wife team of Jonathan Dayton and Valerie Faris, was charming but fairly listless, RUBY SPARKS has a solid idea backing up the presentation. It is unfortunate the script looks to finish on an upbeat note, with a coda somewhat undermining what immediately precedes it. However, up until that point, RUBY SPARKS is a romantic comedy with a subversive tone behind its concept and some sharp satirical bite.