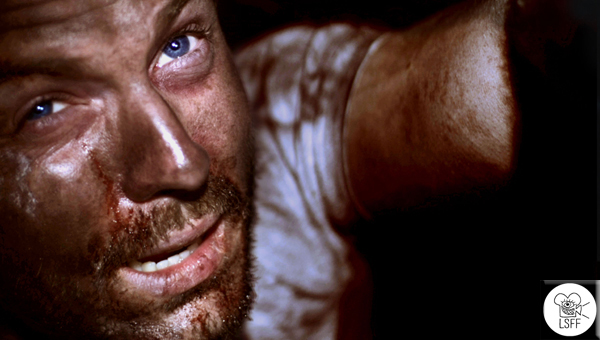 The story of Travis Bickle, TAXI DRIVER, tells of man’s brutally lonely plight; these films shown at London Short Film Festival explore the many other corners of the subject, yet untold: from one man’s supernaturally close bond with the canine world, contrasting against his ability with human relations (DOG BOY), to the far removed life of a lighthouse man (OUTLAND).

Part one, titled GOD’S LONELY MEN, was a set of nine films titled “Under Pressure”. The first, DOG BOY, paints a fine line between supernature and the tricks a mind can play on a person. A dog warden seems to be able to communicate with the animals he catches, including a wild dog which has apparently been possessed by broken relationships from his past. The film ends abruptly: not quite open ended, but with rather a slammed door at the vital part of the story.

ZERO TOLERANCE is set in Brighton, where one man’s petty intolerance leads him to the world of stalking, only to start a journey into something darker still. It begins as what could have been a beautiful love story, finding seemingly nonsensical sentences underlined in books he borrows from the library. Finding the girl that could answer the mystery, he leads us down a refreshingly unpredictable road.

GLICK’S LAST TOUR […] follows Nathan Baldwin, a failed ventriloquist, through thick and and thin – without the thick.

When a young man tries to hold up a newsagent’s shop, he gets far more than he, or we the audience, expected. PAINKILLER is a hilarious yet dark story of two men’s contrasting lives, with an outstanding performance from Benedict Wong – one to watch out for. GENESIS demonstrates a great show of CGI: hardly a parody, more a conceptual on the birth of the universe. But of the nine shorts in this first collection, the final was the most agreeable. A time travel action romance, THE HINDSIGHT BIAS uses a unique plot line which is bound to surprise and please anyone.

Part two, titled GOING SOLO, started with GLICK’S LAST TOUR. A short reminiscent of Rob Brydon’s Marion and Geoff, this follows Nathan Baldwin, a failed ventriloquist, through thick and and thin – without the thick. Washed out and nostalgic, Nathan finally gets the call he’s been waiting for all year – at which point we realise his rollercoaster ride is actually somewhat cyclic. THE COLLECTOR is an epi-biopic of a boy’s fight to understand the world round him, collecting anything from postage stamps to shells and capturing the chaos of the universe in neat laminated pockets. This elegant and life affirming story is beautifully narrated. Other more high-concept but notable shorts include SOLO, a fantastic parody of James Franco’s 127 HOURS; the shocking and unpredictable FARMHAND; dark hitman comedy COMPULSION and the peculiar tale of two twitchers, WAXWING.

GOING SOLO proved the stronger set of films, but both collections showed an impressive level of innovation and memorable storytelling, that surely provoked plenty of lively post-screening conversation.