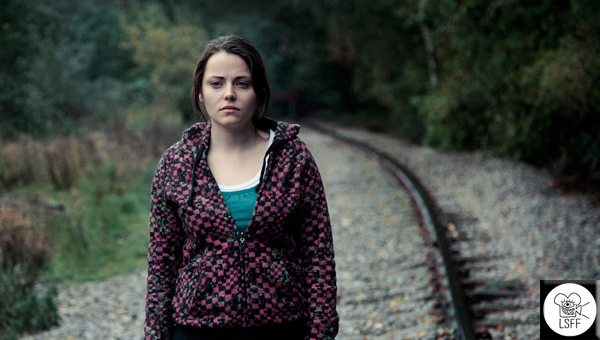 There is rarely a subject so given to cinema than that of the confused world of teenage girls, but sadly it is a subject that is rarely explored by film makers. While male adolescence has been documented in movies frequently since James Dean first screamed “You’re tearing me apart!” in 1955’s REBEL WITHOUT A CAUSE, teenage girls are somewhat neglected on screen compared with their XY chromosome counter-parts. When they do appear, all too often they are painted in broad strokes, and depicted as caricatures – like the savvy hell raisers of the ST TRINIANS or the airbrushed, bitchy back-stabbers in MEAN GIRLS .

…all the shorts bring a new and captivating viewpoint on adolescent girls going a bit crazy.

However this doesn’t mean they are being completely ignored, and the London Short Film Festival’s TEENAGE GIRLS GO CRAZY programme brings together a selection of mature, unique, beguiling and occasionally, uncomfortable films about the confusion of girls bridging the gap between childhood and adulthood. The majority of the films concentrate on the theme of troubled early romances, but they also address isolation, deception, escapism, friendship, art, and music. Taking different approaches – from social realism to more abstract, experimental styles – all the shorts bring a new and captivating viewpoint on adolescent girls going a bit crazy.

Cathy Brady’s KISS, set on the outskirts of Hull, follows two girls (Tamsin O’Connor and Robin Laud) as they befriend two boys that they meet at the local fair. It explores the tension that the two girls face as they both try and impress object of desire (Tom Hughes) through provocative dancing and, unusually, knowledge of engine mechanics. It has overtones of Shane Meadows (helped by the presence of THIS IS ENGLAND’s Thomas Turgoose) and paints a painful but realistic picture of drink, drugs, lust and jealousy.

Relationship problems are also explored in Edward Bishops’ debut film WILD, an abstract, minimalist piece set in a Norfolk secondary school and the surrounding countryside. Tracing a complex web of rumour and mistrust, Laura (Antonia Clarke – soon to be seen in SKINS) wrestles with feelings of doubt and anxiety after she hears a rumour that her boyfriend has cheated on her. Peppered with imagery of migrating birds and the ambiguous nature of art, it’s an intriguing piece, if slightly frustrating in its unwillingness to give answers.

inspired by music videos that instruct them to be “dangerously sexy”, the girls soon find out how much trouble they can get in…

Inappropriate relationships with older men also feature prominently in the programme, with both EARLY BIRDS and GOOD NIGHT addressing the taboo subject of grown men and their attraction to younger girls. Jeroen Bogert’s EARLY BIRDS is the less explicit, following Mila (Szaga Lauwers), a twelve year old Flemish girl trying to run away with her 40 year old neighbour, Sam (Tom Van Bauwel). Mila’s home life is troubled and she longs to be Sam’s “daughter, girlfriend, niece, whatever.” While a past indiscretion is only hinted at, it is clear that it is not a healthy bond between the two, and Sam wants to get away before rumours start spreading. It’s an absorbing film that deals with difficult subject matter and features two understated but impressive performances.

Muriel d’Ansembourg’s GOOD NIGHT is more explicit and by far the most uncomfortable of the programme. Rachel (Anna Hogarth) and Chloe (Rosie Day) are two 14 year olds that are fed up of being girls and want to join the grown up world of clubs and parties. Dressed up way beyond their years, and inspired by music videos that instruct them to be “dangerously sexy”, the two girls soon find out how much trouble they can get in by trying to force their way into a world they don’t fully understand. It is a truthful, realistic, and bold drama with a dark underbelly. It’s not particularly easy to watch at times, especially when they meet Ian (Jay Taylor) a charming but flawed older man who may have noble intentions, but can’t restrain himself when he becomes the object of Rachael’s affection. However, it is an important film that comments on they way that society’s obsession with female sexuality causes girls to grow up too fast.

cuts between the performance of punk band “No Age”, the walk home through the streets of Hackney, and a small bedroom…

As bleak as a lot of these shorts seem, there is hope and discovery to go alongside the isolation, confusion and pain. Mathy Tremewan and Fran Broadhurst’s THE LIGHTS AND THEN THE NOISE is an experimental, abstract black and white short in which a young girl recalls the experience of her first gig. Inspired by stories told by people who have been abducted by aliens, the film encapsulates the energy, excitement, novelty, and sensorial explosion an intimate gig delivers. Shot in a non linear order – representing the sense of euphoric lost time that great music can have on a person – it cuts between the performance of punk band “No Age”, the walk home through the streets of Hackney, and a small bedroom littered with a retro TV, fan and turntable. It’s a short, powerful, and relatable short that reminds us that there is hope and excitement amongst the trials and tribulations of the lives of teenage girls.