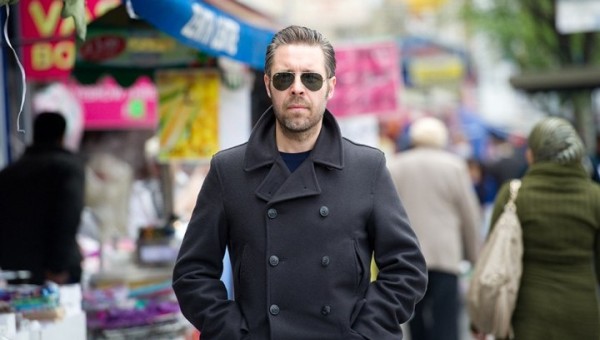 The issue of honour violence is one which is still a dangerous reality for thousands of families in communities in this country. The UN estimates that 5,000 murders are committed worldwide each year in the name of honour, but for anyone thinking that this issue is restricted to less developed countries, over 2,500 crimes of honour violence occur annually in the UK alone. More disturbingly, surveys suggest as many as one in four people in certain communities would still see honour as the prevailing concern and would condone violence in an effort to protect the honour of their family.

In recent years some families have taken on third parties to track down those who have been thought to bring shame on their families, and the idea of putting a bounty on the head of a family member is what drives Shan Khan’s directorial debut HONOUR.

Aiysha Hart is Mona, a young Pakistani girl who’s formed a romantic attachment to a young Punjabi man in secret. Realising that her family will never accept the relationship, the young lovers plan to elope but Mona takes younger brother Adel into her confidence. However, Adel is as opposed to the pairing as the rest of the family, and soon he and older brother Kasim are making clear to the pair that pursuing their relationship could have fatal consequences. When Mona flees for her life, her brothers and mother take on the services of Paddy Considine’s violent bigot. He’s a career criminal who’s happy to watch Asian communities tearing each other apart and to get paid for his efforts, and to turn the other way when those communities enact their violent retribution.

It’s a bold approach to tackle such an emotive issue with what is to all intents and purposes a thriller, rather than the more obvious documentary or straight drama options, but it’s to Khan’s credit as both writer and director that HONOUR works well as it does. The script explores the honour of not only the two Asian families but also the personal creed of Considine’s hitman, his heart literally worn on his sleeve in the form of extremist tattoos. Khan creates a pervading atmosphere of dread right from the start and maintains it throughout, emphasising the nature of the fear that young women in Mona’s situation experience and plays expertly on the motivations of the family.

The performances are uniformly excellent, with Considine bringing balance and believability to his hired interloper. Other standouts are Faraz Ayub, whose understated performance as Kasim makes him all the more threatening, and Harvey Virdi as the mother attempting to maintain her family’s good standing. Where HONOUR doesn’t work quite as well is in the central narrative; if you take away the honour elements, then you’re left with a generic thriller which is surprisingly predictable. There’s also a framing device which serves to not only muddy the waters of the story’s intent at the start but to put a different spin on the ending, and HONOUR would likely have been more effective without it. Despite these flaws, there’s enough in HONOUR to suggest it can help to bring this important issue to a wider audience in an accessible fashion, and marks Hart out as an actress to watch for the future.