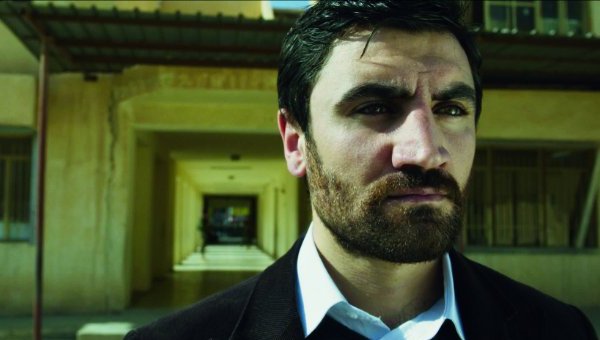 A satisfying blend of Middle Eastern drama and spaghetti western homage, MY SWEET PEPPER LAND is a flavoursome brew to savour. Director Hiner Saleem (himself a Kurd) has created, in some ways, a rather old-fashioned drama which frequently raises the expectation of violence in one form or another, but mostly backs away from the bloody retribution normally associated with the genre. The result is a film where tensions remain bottled and passions are kept in check, with the outcome feeling slightly unsatisfying as a consequence.

That’s not to diminish Saleem’s film however, which serves as a useful reflection on the state of affairs in a corner of the world where tension between honouring the past and embracing the future is fractious. The comparison the director draws between the Wild West of the USA and the mountainous terrain of a post-Saddam northern Iraq and its border region with Turkey, largely populated by Kurds, is a cheeky yet fascinating one. In the film, Kurdish warlords still hold sway over the region and its people, as the newly-independent Iraqi state has yet to impose its legal and administrative authority across the country; similarly, law and order in the American frontier only arrived after years of patchy law enforcement, when tycoons and wealthy ranchers (staple villains in many a western) were the people who really had authority in their domains.

A hero of the war, Baran (Korkmaz Arslan) asks for a remote posting in order to escape his mother’s matrimonial ambitions for him. His journey north forces him to abandon his comfortable car and continue on horseback due to a damaged bridge, and so the western homages begin. The rocky, inhospitable, yet richly photographed scenery loosely recalls the Spanish locations used by Sergio Leone in his Man With No Name trilogy (though regrettably, the film isn’t shot in Leone’s preferred widescreen ratio), while Arslan’s steely poker face nods in the direction of Clint Eastwood, even if he’s far more handsome and much less grizzled. Baran quickly discovers that there are only limited links to the outside world, and that the sheriff’s term in office is usually quite brief; photos of his predecessors adorn the police station wall, and the photographer is oddly keen on getting his portrait completed quickly.

Baran soon learns that the Aziz Aga, the local warlord, doesn’t take too kindly to the new sheriff’s determination to impose national law without his permission. The ensuing battle of wills between traditional and modern authority is mirrored in the friendship Baran strikes up with local school teacher Govend (Golshifteh Farahani), who is equally unwilling to tie herself down in an arranged marriage, and has reinvented herself (despite the objections of her father and brothers) with an education and career. Embraced by her pupils but treated with suspicion by the rest of the community, she finds in Baran a kindred spirit. But their relationship becomes a way for Aga to reassert his power.

The film’s political commentary is never more cutting than in the superb, oh-so-blackly comic opening scene: a local criminal has been sentenced to death, but in the vacuum left by the collapse of Saddam’s dictatorship, no-one knows how to carry out the hanging. When the gallows proves to be too short, an upturned ballot box is used for the unfortunate man to stand on before the sentence is finally carried out. Democracy may have won the day but, the film wryly asks, to what end? Gallows humour indeed, and another neat Leone touch.

It sets up the ensuing tale of lawlessness and moral ambiguity rather well – so well that the rest of the film can’t quite live up to it. Ideas about honour, tradition, corruption, authority, family and female empowerment are all raised but aren’t explored in much depth, while the conclusion fails to provide the knockout punch the story seems to be building towards. Nevertheless they paint a melancholic picture of the complex problems and political turmoil faced by the region, wrapped up in a story sprinkled with suspense and humour that is accessible to anyone.

Key is the tender romance between Baran and Govend, beautifully underplayed by both leads; the nervous conversation between the two about their musical tastes reveals much of their sweet sincerity. Farahani herself composed the sparse soundtrack using a caisa drum, which her character plays to haunting effect against the lonely mountainscape. Much like the film itself, it’s something to both enjoy and reflect on.

3 thoughts on “My Sweet Pepper Land”