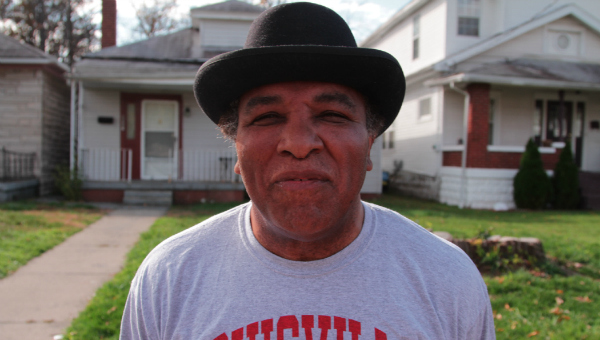 After the wonderful and at times bizarre musical excesses of SUNSHINE ON LEITH, which was this year’s first Surprise Film at Cambridge Film Festival, the second surprise was a very different but thoroughly interesting documentary, THE TRIALS OF MUHAMMAD ALI.

With Ali already the subject of literally hundreds of books and countless documentaries, both in film and for television (most notably the 1996 benchmark “When We Were Kings”), director Bill Siegel has set himself the seemingly impossible challenge of finding a new angle from which to approach the life of this astonishing athlete. He has gone about solving this problem in an interesting way, almost ignoring the man’s sporting achievements and instead choosing to tell the fascinating story of his political life; and what turns out to be maybe his greatest fight of all, the fight against the United States government to avoid prison, after his refusal to be drafted for the Vietnam war.

Many people have said that Muhammad Ali transcended boxing, and it is almost irrefutable that for a period in the seventies he had the most recognisable face, certainly in sport and possibly in the world. THE TRIALS OF MUHAMMAD ALI sets out to explain why this was, and to chart the period of the boxer’s life from his first involvement with the Nation of Islam, Elijah Muhammad and Malcolm X. His religious awakening led him to refuse the draft, and we learn the consequences of this (a ban from boxing and the very real threat of imprisonment), moving right through to his ‘resurrection’ as the people’s champion after his ban was lifted. All of this is interwoven with the personal and emotional story of sport’s greatest showman.

It’s a fascinating depiction of a time in American history when many of its people were struggling both figuratively and literally for their identity and for equality.  The greatest success of THE TRIALS OF MUHAMMAD ALI is that it feels fresh: Siegel manages to give a deeply personal view of Ali, whilst at the same time getting under the surface of the Nation of Islam and its main protagonists, to show the role they played in the life of America in the sixties and seventies; as well as in the life of Ali. This is down to two key elements: Siegel’s canny use of reporters and scholars who were there at the time, giving context to the interviews with friends and family; and his flair for the craft of film making.

Oddly fascinating, but at the same time a slight problem for the film, is the constant sense that a lot of the key interviewees are too often being allowed to play up their role, either in the life of Ali or at least in his political and religious awakening. This wouldn’t be so much of a problem if it wasn’t combined with the knowledge that certain key players in Ali’s story haven’t contributed to the film, and so their role has been largely ignored.  The major exception to this problem is Ali’s brother Rahman, who gives beautiful, interesting and heartfelt insight into the young Muhammad, talking with touching affection about his brother.  Any talented documentary film maker can offer a window into the life of its subject whilst at the same time teaching the audience something greater about themselves and the world they live in; but in the end  it is the powerful emotion and genuine love of people like Rahman that make a film like this soar.