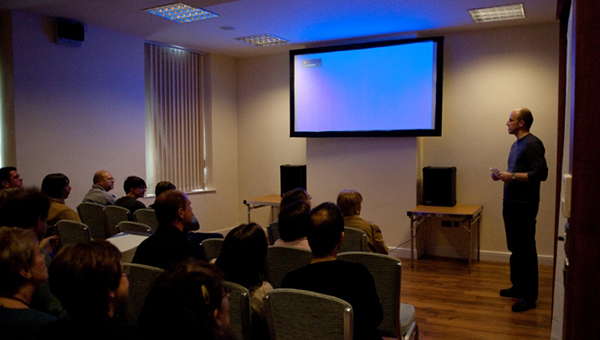 The recent contentious draft findings from the Competition Commission into the purchase of the Picturehouse chain by Cineworld has got me thinking. I’m very bothered by the possible threat to the future of the long established Arts Picturehouse in Cambridge; it’s my favourite cinema, regularly showing the kind of films I would struggle to access in most other cities. The Competition Commission have provisionally concluded that competition in Cambridge can only be maintained if either the Cineworld complex or the Picturehouse is sold off. This is also the case in Bury St Edmunds and Aberdeen.

There has been an enormous outpouring of support and ideas from supporters, some making the well-meaning suggestion that in the direst circumstances, could the APH be operated by volunteers? This option fills me with fear; we all know what happens to the majority of volunteer-run enterprises – 15 or 20 people sign up for the committee and maybe five or six people turn up every time and do all the work. It happens all the time, from toddler group onwards; people are eternally optimistic about the time and effort they can actually offer to something they’re not compelled to do, even if as customers, they attend every event.

I’m a co-organiser of a community cinema near Cambridge. We’ve been running for just over two years and we regularly sell out the small seating capacity. We show all kinds of films that fit in with our ‘identity’ – choosing well-made, entertaining, often challenging films, while rejecting titles that have recently shown in the nearby multiplex or have been on TV multiple times. We try to bring lesser-known films to the attention of our audience who prove time and again that they are hungry for such offerings. No one complains about subtitles, black and white, difficult topics, the less than cinema-quality chairs; I love our audience! Some of the tougher films often attract the most positive response: Asghar Farhadi’s devastating A Separation recently scored one of the highest-ever audience votes.

All six members of our committee work full time, and fit film club tasks into our normal schedules. The workload is sometimes enormous, especially at the beginning of a new season, when promotion is key to future bums on seats. It doesn’t take much for the balance to tip into unmanageable; in holiday season for example, two people away at the same time equals a staffing crisis. We spend hours researching, discussing and selecting films and this is just for our one show a month! The promotional material has to be written, designed, printed and distributed by us. Sponsors are sought, bookings made, licenses paid, grant applications submitted, finances totted up, local traders persuaded to advertise posters and brochures.

It doesn’t take much for the balance to tip into unmanageable. For example, two people away on holiday at the same time equals a staffing crisis.

On show night, we transform a dreary municipal meeting room and foyer into a buzzy, exciting, working cinema… for one night only. We install the projection equipment, the screen, blackout blinds, put up film posters, prepare the bar, chat to punters, collect cinememories from anyone who’d like to share them, personally introduce each film, gather audience reactions and at the end of the night, return the area to its former condition. We sometimes have offers of help from keen audience members, which we love and appreciate, but it’s difficult to create a reliable infrastructure that would permanently lighten the workload and enable us to programme additional shows, mini festivals, film talks etc. All these ideas are discussed regularly between us but time is always problematic. It’s a real shame as there is clearly a desire for an art house-style cinema in our small town, akin to the education and outreach offerings that APH in Cambridge offers – but available on the doorstep.

Sometimes we contend with double bookings, noisy events in the room below, or missing noticeboards. It all sounds very small-minded I’m sure and I’m certainly not griping about it, in fact it’s a lot of fun, but I know how much work, care and attention we put in to a once-a-month show; to reproduce this on a bigger scale, all day every day, on a volunteer basis would be impossible.

We rely on the Picturehouse for nearby professional, expert advice on technical issues and film access, ideas for our own programming and guess what… a few relaxing visits to the cinema ourselves. We certainly couldn’t use Cineworld in the same way, it’s a different operation entirely. As regards seeing new films, yes we could sign up for the ICO twice yearly screening days, but work commitments usually interfere, and with our selection process two committee members need to support a proposed film. Easy to nip to Cambridge for a film night, chat to the staff, see what’s coming up, make connections. Where would we be without it?

…to reproduce this on a bigger scale, all day every day, on a volunteer basis would be impossible. We rely on Cambridge’s Arts Picturehouse for expert advice…

All this considered I must say that running a community cinema is a load of fun, I meet lots of different people, see films I’ve missed, hear new ideas and reactions to film. No wonder community cinemas are popping up over the place, it’s an exciting environment to be in and certainly livens up the town centre. But everyone involved in running one is in the same position as we are: too much work for too few people and no back up position. I don’t think it’s at all feasible to think of running a city centre arts cinema without the expertise and commitment of a regular paid staff, especially an internationally renowned place like APH. If the staff are dispersed, the collective expertise that is currently available will be lost. Reading the signees’ comments on the petition is a heartening experience, just about everyone recognises the value of the APH as a significant cultural space. It isn’t just somewhere to go out for the evening, it’s about protecting Cambridge’s diminishing individuality every bit as much as preserving the shared experience of watching quality films with other people, which is an enormous part of what film gives us.

So let’s hope the Competition Commission doesn’t insist on Cineworld selling off Cambridge’s Picturehouse, I don’t know where I’d be without it either for my own entertainment and education, but also for the future of our community cinema. Result: losses all round.