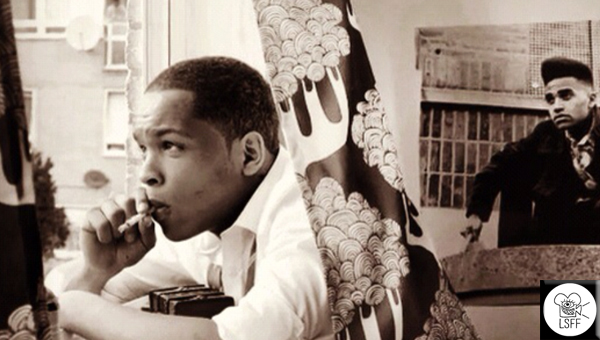 For many a lazy tabloid editor, the word “youth” has become synonymous with crime, laziness, disrespect and the general decline of modern civilisation. Young people are all too often portrayed as two-dimensional thugs and troublemakers, without any attempt made to understand the issues that they may go through.

The London Short Film Festival’s YOUTH OF TODAY programme delves deeper into this word, not shying away from the difficult subjects of violence, gang culture, and peer pressure, but at the same time trying to understand the breeding ground for these issues, instead of jumping to rash conclusions. Jonathan Entwistle’s HUMAN BEINGS is one of the more light-hearted films, but it has a nasty underbelly. Two friends, Benny and Aaron, head to a party in a country house in the middle of nowhere dressed as zebras and soon find themselves tangled up in drink, drugs and girls. Upon waking from the hedonistic night, Benny finds his friend missing and entangled in some bad business with boys dressed as bears. While comic in its oddness, it has a dark heart pertaining to mob mentality and adolescent jealousy. It’s a bizarre, enjoyable film that feels like a blend of SKINS and THE WICKER MAN, written by Raymond Chandler and with a hip, indie soundtrack.

Jean-Philippe Blunt’s INJURIES is a more socially conscious film, addressing the issue of bullying in schools and society’s new obsession with everything viral. Opening and closing with youtube videos juxtaposing clips of dead soldiers with cats playing the piano, the film shows a student who sets up a camera and then instigates a locker room fight between himself and another boy. The film suggests we are so desperate for our 15 minutes of internet fame that we’ll even allow ourselves to be beaten up on a changing room floor if it’s recorded on camera.

Violence is at the heart of many of the programme’s shorts, and Fergus Colville’s HIDING PLACE is a film that tackles one of the most shocking recent youth related news stories; the London riots. As the city burns, a young boy takes refuge in a dumpster to escape the chaos, and witnesses the violent assault of a police officer by a gang of youths. The officer manages to escape, and also hides in the dumpster before a second wave assault takes place. The two form a wordless bond, both trying to ride out the violence as the mob gathers outside like a pack of baying animals. Shot entirely from inside the hiding place, it is dark, claustrophobic and voyeuristic, but also highlights the common decency that can occur between people trapped in extraordinary circumstances.

Gangs are also one of the antagonistic forces in James Webber’s DRIFTWOOD. It follows Sam, a talented swimmer who has to battle a local group of thugs as well as his alcoholic father just to be able to compete in the sport he loves. The film sets up three interlocking stories – Sam’s swimming training, his confrontation with his abusive father, and an attempted attack by the gang – and builds the tension in each to a well-crafted peak before an explosive finale. DRIFTWOOD is bold in its ambition and the three elements are edited together superbly, all held together by a stand out performance by Sam Gittins in the lead role.

The highlight of the programme was Ray Panthaki’s LIFE SENTENCE. Shot in stark black and white by LA HAINE’s cinematographer Pierre Aim, it follows two school boys whose lives clash violently when they attend the same party. The film builds up the two characters well, contextualising their home and social lives well before all hell breaks loose after too many drinks. The film takes a surreal twist in its final act as different characters act out the actions of the two lead roles, showing how violence and its consequences doesn’t just affect an individual, but entire families. The film features several fantastic long, tracking shots throughout the film, most notably its inventive opening shot that introduces several characters as the camera pans through a brownfield site in East London. It’s what the opening of TOUCH OF EVIL would have looked like if Orson Welles had grown up in Hackney. A fitting coda to a brave collection that brings together the serious and the flippant, the realistic and the abstract.