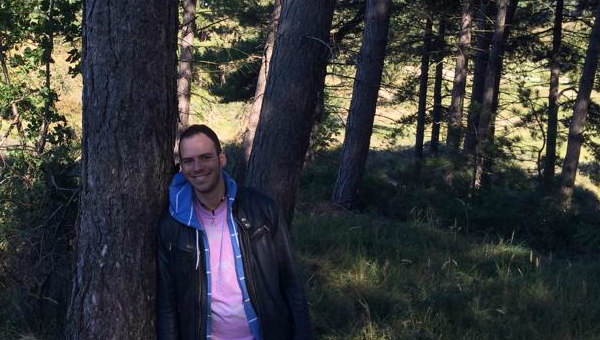 As part of this year’s Watersprite, two students, Harriet Beaney (Cambridge) and Sam Minett (Bucks New), were given the opportunity to present short film scripts to an industry specialist and receive editing feedback for them.

Jamie Wolpert, Development Executive at BFI, began the workshop with an outline of the structure and value in a script development process, and in particular introducing the role of a script editor. While being aware of the deluge of hopeful writers in the UK, Wolpert was far from cynical or disillusioned by new writing. Instead, he attributed the future of film to the power of individual voices, stressing the innate originality in a writer’s own subjective gaze rather than solely focusing on the value of specific stories.

With this reassurance in mind, Wolpert discussed various aspects of Harriet Beaney’s script, drawing attention to the warmth and detail in her characterisation. In unpicking Harriet’s motivation behind certain lines or shots, he then explored ways to then further the development of the relationships within the script. Following the author’s initial line of enquiry in order to then extend and texture the writing meant that Wolpert’s primary concern with the author’s own voice was safeguarded. This idea of personal governance was again brought up and tested by Sam Minett in discussion about his script. Having voiced concern about writing female characters, Sam then indicated that part of this reticence came from an anxiety about not being able to write the “correct”, “expected” or “right” female character. Identifying Sam’s work as a character-driven piece rather than a narrative-heavy one, Wolpert then encouraged Sam to veer away from worrying over generalized perceptions and to instead focus on his own true writing voice.

… debunking mysteries around the creative process while rejuvenating faith in the future of a great story.

Throughout the workshop and then later, into his interview, Wolpert returned to the idea of personal voice. This focus on individuality was refreshing and reassuring for a student crowd, where his respect and concern for writers and their work translated into a warm and optimistic attitude towards both the future of film and potential for individual development. Continuing with the thread of personal development, Wolpert also indicated the necessity for the writer-director team to be a thoroughly-melded, astute match. However, he was not dismissive of one individual taking a writer-director role, as long as they were adept at self-editing. The potential he saw in this situation was down to there being ‘no hard and fast rules’ anywhere in the creative process, with some writer-director teams taking hours over editing scripts, others taking weeks or months, and some being made of the same person.

The value of having an engaging and approachable speaker representing this particularly over-crowded and seemingly distant field was such that any uncertainty surrounding the process could be clarified, and a sense of enthusiasm could be instilled, thereby replacing the self-effacing doubt that can cloud emerging writers. Discussing his journey into the industry Wolpert revealed that he was first a producer at film school, but maintained a personal reverence for writers whilst there. It is this care and attention that still imbues his manner of discussing scripts today, demonstrating an interest on both a creative and personal level in cinematic storytelling. Refreshingly, Wolpert mentioned in interview that he continues to be moved and surprised by scripts, and is not despairing or concerned about a potential dearth in great stories that are yet to be told. This passion, in conjunction with his depth of knowledge of the industry, made this session both insightful and relieving; debunking mysteries around the creative process while rejuvenating faith in the future of a great story.