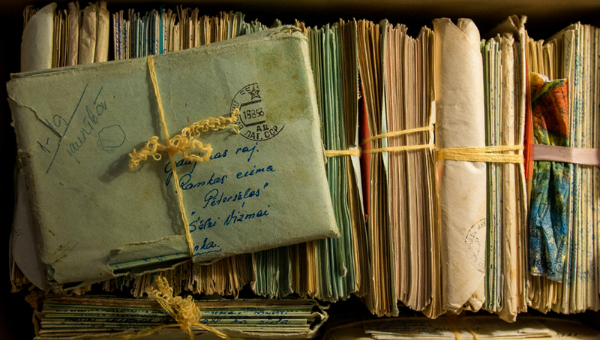 Janis Klimanovs’ short documentary is an exploration of the nature and endurance of love.

The director filmed his grandparents as they reminisced about their youth, courtship and years of marriage, delving into the past through old letters and diapositives of the cacti they have grown together.

The director’s presence behind the camera is barely felt, as he never personally intervenes, letting the flow of the film construct itself from the interactions between the elderly couple. The two try to evoke the past and their feelings along the years, but this is not a study of love in youth but of love throughout a whole life; and the elements chosen by the director to show the relationship as it is today, mark his true talent. A contrast between present and past is highlighted by well-chosen close-up shots, such as old letters vs. dvd-players, old vs. new photographs and so on. However, one of the strongest of these moments is when the grandmother is reading a touching passage from one of her husband’s letters, to which he replies with a comment about the weather, which he is checking on the internet.

The film is titled WEATHERING LOVE, and seeing the elderly couple barely communicating, each watching their own television set, him with his headphones on, we might come to think that this is indeed about love losing its magic grip; but in the moments they do communicate, the affection between them is so strong that the film does seem mistitled.