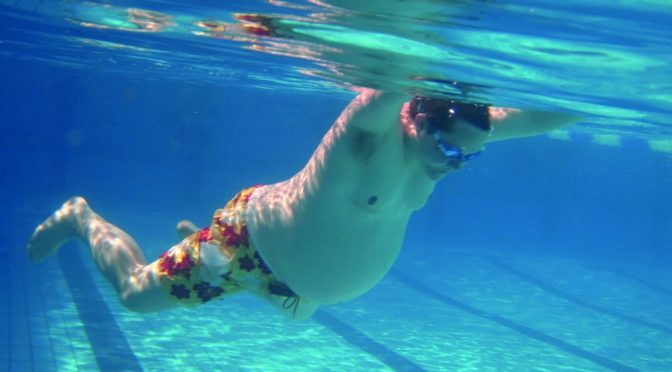 Jason Barker’s debut documentary chronicles his journey towards parenthood as a transgender man. A DEAL WITH THE UNIVERSE spans eight years of footage following Jason and his partner, Tracey, through a scrapbook of events leading up to the birth of their child.

This rollercoaster of a film will have audiences heartbroken and uplifted at Jason’s almost unwavering positivity as he navigates his way through uncertainty and failure and having to adapt his idea of gender identity. There’s a humble and completely unpretentious quality to Jason and his project, it’s not sensationalised and offers an unaffected and authentic experience.

A DEAL WITH THE UNIVERSE is a story about parenthood, gender, love and perseverance. It packs in way more than you’d expect and doesn’t suffer for it. Jason must halt his transition in order to be able to carry a baby, something that Jason begins to come to terms with as he begins to describe his body as “following female instructions.” Although the film is fragmented into vignettes of footage, what’s certainly clear and linear throughout is the strong bond between Jason and Tracey. Tracey’s battle with breast cancer is another obstacle they must face during the documentary. There are some lovely heartfelt moments when they’re able to laugh (Jason himself is shown doing some stand-up) followed by others when neither of them can take much more. Jason takes us on a real journey through his ever changing life, his resilience towards the hurdles in front of him is commendable.

Using home footage over such a span of time, means narratives are at risk of getting lost or side-tracked. Occasionally the film loses its way but quickly finds itself again that the detour is barely noticeable. Jason himself is extremely likeable, some of the most enjoyable moments are of him meandering on his balcony talking to pigeons. A DEAL WITH THE UNIVERSE addresses big issues, but they manage to become part of the whole story rather than the sole focus. Jason has created an urgent and relevant film but in a gentle and unassuming way.