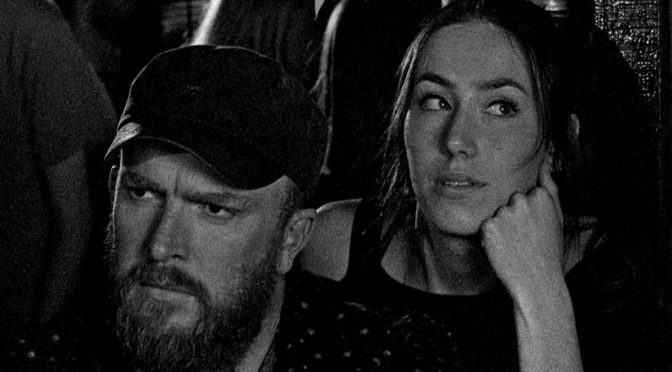 As the only British film chosen for the Forum strand of the 2019 Berlinale, BAIT steals the show. It’s a gorgeously shot piece which explores the gentrification of the English coast, the disillusionment of locals at the changing class landscape of their home, and the breakdown of traditional industry infrastructure. Filming on the crunchy grain of black and white 16mm, Mark Jenkin presents a meticulously crafted narrative, reeling in viewers with relatable characters and distorting cinematography – a truly wonderful addition to this year’s festival.

Stripping back the serene idyll of a seaside town, the film initially centres on Steve and Martin, two brothers whose livelihood is impacted by the flocking of city-goers to the coast for the weekend. Steve has resorted to catering to the tourists with private boat hires, much to the distaste of Martin, who refuses to let go of his hereditary fishing traditions and is determined to support his colleagues and friends. Their relationship becomes even more strained as Londoners from the city take over a family home, the street and Airbnb-style cottages; the family claims to be supporting the community when in fact it’s all for profit and privatisation.

Their tense conversations very much echo the narrative of current English society, where the entrenched class divide is deepening. The ill-feeling filters through to the local teenagers, provoking late-night antics and developing their moral perceptions. This perspective is most interesting as they seek just to exist as misfits, regardless of any consequences. The gawky adolescent encounters are completely on point, and loose dialogue makes it all the more charming and cringeworthy. You can feel the tension building up between tourists and locals as they attempt to navigate the increasingly peculiar relationship between those who contribute towards the fishing village and those who seek only to make a financial gain. Some characters are so painfully and obnoxiously middle class, from suburban families to pretentious hippie youths, that it becomes quite humorous at times.

A chic beach house adorned in neat netting ropes and portholes, is juxtaposed with the reality of ragged torn nets and worn down paving stones. Yet it is the bittersweet complacency of the villagers that is so hard to digest. It is highly reflective of the economic slump that plagues the country at this time, nodded to during a static broadcast commentating on the status of Brexit. The story isn’t overtly political but builds on the stories and realities of life in disenfranchised, forgotten villages.

One of the most stunning aspects of the film is its consistent attention to detail. Jenkin takes care to ensure that every expression is visually articulated. Every sound is protruding and invasive, the soundtrack is layered with non-diegetic audio that adds a completely physical texture, invoking fond memories of how it feels to be by the coast. The close up shots, ripped and torn by the aged film, deliver an ode to classic cinema; when little is said, the eyes share with us their frustration and stubbornness. The big screen brims with captivating landscapes, engulfing us into the waves only to dissolve during soft tender moments of intimacy between the characters.

There are glimpses of impending trouble, from Martin’s son’s affair with the daughter of the city family to brawls in the pub and the loss of a family home. This shifting montage of present and future sees many lives being washed away, but it’s tempered with subtle, brilliant flashes of wry humour.

BAIT splatters a bleak monochrome canvas with the bright fury of locals, and the surging tones of the tourist. We are left wondering if harmonious peace can be achieved in these turbulent times, or will the villagers remain flailing in a net of their own socially constructed stubbornness?