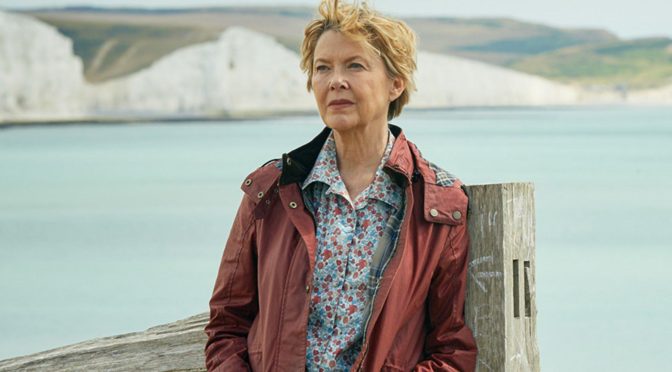 Following in the footsteps of many a play adapted for the screen, be it An Inspector Calls or any amount of Shakespeare, HOPE GAP brings the Tony award nominated play to the screen twenty years after its original debut at the Chichester festival.

Unlike some plays adapted for the screen, HOPE GAP takes full advantage of its eponymous location: filmed in both Seaford and Yorkshire, and set in the former. As a seaside town, it reflects the narrative of much of the film. The beach, the centre point of the town, is in reality a partly artificial construction, having been recreated from dredging in the 1980s. Like the relationship between Edward and Grace, it is adapting to this new life, even if that requires serious change. Seaford is also quite literally at the end of the train line, reflecting the position in which Edward and Grace have unwittingly found themselves.

As with many seaside towns, it has declined since its former heyday, as Edward and Grace call back to the “good years” they spent raising their son, Jamie. But with his long absences prior to the start of HOPE GAP, and the mirroring of their relationship in Jamie’s own, it is clear that the damage has spread further than their home, and their lives. To describe a divorce as a tragedy may seem exaggerated, yet this is how Grace feels about the situation. She describes Edward as having “murdered” their marriage, and as he leaves, struggles to find her place in this altogether different world.

A sumptuous score, compelling characters, and beautiful visuals ensure that the former play finds its place as a film, having taken Grace’s emotional journey to heart. It provides something of a template for another stage productions to take a similar path, and if they are only partly as good as this, there is much to look forward to.