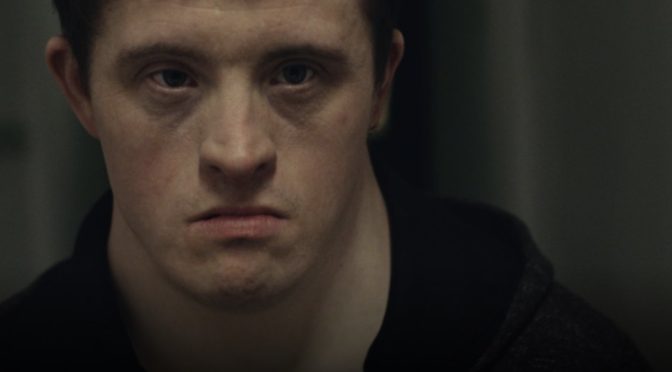 Every year we review the shorts at the Cambridge Film Festival, this year is no different with many fantastic shorts to come out. This focus is on the SHORTS TO THRILL and here are a few of the best ones.

TIME directed and acted by Niel Linpow is set in one room: a prison cell. That’s it. However, with just one actor the film manages to create a whole narrative in a few minutes. When the inmate is being threatened by an angry mob, he only has one thought on his mind: to call his son. To say his last words and to impart some kind of knowledge, to make sure his son doesn’t make the same mistakes. Through Niel Linpow’s performance, we know that he feels immense guilt for what he has done in his life and he breaks down, showing the raw human being underneath. Even though we don’t know what the man has done we feel like it must have been a serious crime, yet we still manage to connect to them anyway.

INNOCENCE directed by Ben Reid is an interesting study into the stereotypes and expectations we have from people with Down Syndrome. The film addresses ideas of how people can be both scared and forgiving of the mental condition. INNOCENCE is about a man with Down Syndrome that uses people’s assumptions to his advantage when he commits a most shocking crime.

THE PASSENGER was probably one of the most prestigious short films, with BBC Films producing, and this shows in the production quality. Compared to the other short films, it has a glossy, documentary-like feel. Director Roland Kennedy shows us an insight into the life of a young boy who commits a moped crime in order to look after his two young siblings, himself being only a boy.

FOUR focuses on four rooms inside the upmarket live-in hotel the Savoy. Director Jennifer Sheridan boasts an all-star cast with Iwan Rheon (Game of Thrones), Juliet Stevenson (BEND IT LIKE BECKHAM), and Jack Farthing (THE RIOT CLUB). If that’s not enough to convince you, it’s a high stakes crime drama with a twist every minute. Need I say more?

SHORTS TO THRILL is showing on the 20th at the Arts Picturehouse, Cambridge.