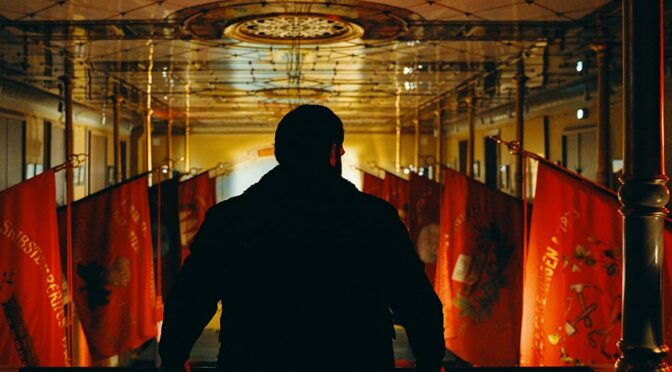 SONS OF DENMARK is the feature film debut of Ulaa Salim, a young director born in Denmark to Iraqi-émigré parents. It’s an emotional and social thriller, taking place mainly in 2025, following a terrorist attack that is used by rising far-right leader Martin Nordahl, for his anti-immigrant propaganda. From the very start, it’s clear the thrust of the film, the background and the theme that is going to be central, but not who the protagonist is going to be. This is an appreciated feature, as it helps further the idea of how violence and hatred put a vicious circle in motion, in which the victims and the aggressors create each other.

SONS OF DENMARK handles a topic to which numerous movies have been dedicated, one at the centre of the public discussion and politics in recent times. Despite this, it doesn’t lack elements of diversity that distinguish it and allows it to give new food for thought on racism, immigration and populism, mainly thanks to an undeniable intensity. SONS OF DENMARK has things to say and is a heavy experience, both for the strength of the social issues and the thick thriller atmosphere with an abundance of night scenes.

Some defects can be found in the screenplay, with some choices by the characters difficult to explain and some scenes that may feel slightly forced, especially for what concerns the dialogue. More attention to the humanity and personality of the characters would have been beneficial, as it might counteract the sensation of them being slaves to the needs of the plot and, in this case, of the movie’s message.

There is space for improvement but also qualities, such as the ability to create moments of high tension, together with the use of original solutions and of impactful scenes. The future works of Ulaa Salim will warrant attention, with the curiosity of seeing if he would be able to deliver while dealing with content regarding different topics and backgrounds, more disconnected from his personal experiences.

SONS OF DENMARK is a movie that deserves to be watched, especially by some parts of European society and by younger generations, for its ability to be provocative and show how hate is born, how it grows and how it can be used for propaganda, all this from different points of view. It evokes V FOR VENDETTA, but with a more realistic feeling that makes it less distant from our current reality, therefore touches the audience with a higher degree of emotional intensity.