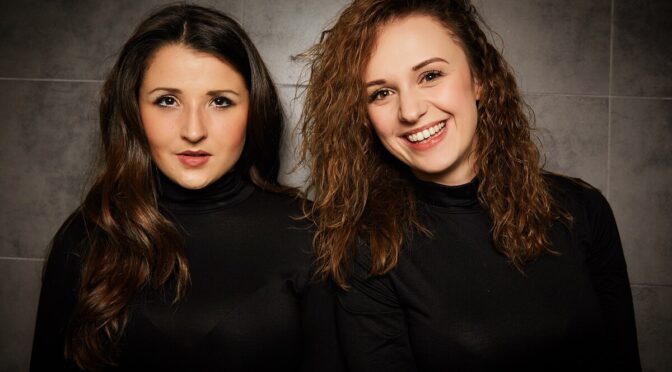 Selected for the cult strand for the 2020 London Film Festival, is Jennifer Sheridan’s debut horror-romance, ROSE: A LOVE STORY. Elle Haywood sits down with the producers, April Kelley & Sara Huxley to speak about how the film came to life, working with the crew in a remote landscape, and why we still need to keep shouting about women and diversity within the film industry.

EH: Thank you both for sitting down with Take One today to speak about ROSE, and congratulations for being programmed at the London Film Festival, how does it feel to be selected?

AK: It’s hard to articulate it, it’s as cliché as a dream coming true!

SH: It’s a festival we’ve always followed, it’s such a prestigious festival in the UK. You hear about the big American and European festivals, but this is the big one over here. As British filmmakers, it’s such an exciting thing to be a part of.

EH: Could you tell us more about how the film came together, and why it felt like the right time to tell this story?

SH It was talent-driven. Matt and Sophie are a couple in real life, and it started with his idea. They were on a plane together for work, and he was telling her about the film and brought her onto it – it’s a lovely story. He worked on the development partnership, then Jen the director came on board. We met her years ago at the Aesthetica film festival, she’s a dear friend, and it all started coming together. When she reached out to us it just felt like such a dream situation, it felt like a really great fit. We read the script, it was an effortless read and the journey ended up as a lovely team and collaboration.

EH: In Rose, it subverts our assumptions of what the threat actually is, and takes a unique perspective on ‘vampirism’. In reality, the ‘monster’ is in the house, yet it’s made to feel like the horror lays on the outside in the form of other people discovering their hidden life. Why did you choose to twist this trope?

AK: What Sara and I as producers find really exciting is that balance in genre. As you mentioned, the vampire story has been done so many times and it’s never going to be as good as Buffy so you are going to have to ‘re-vamp’ it, hey! The focus is on the love story, so you’re given a false sense of safety. This genre balance is what makes it so interesting.

SH: It’s very ‘Sixth Sense’ of us to flip stuff on its head. The reason why it works so well is the way Matt has written it but also the location and landscape where it’s set builds up the tension and remoteness. The trees are ominous, dark and the production design is how you pull off this idea. We feel the threat of her within the house, and the tension would only be there if the outside was just as scary. You see-saw between her and the outside, with the intensity of both environments.

We continue to talk about shooting in Wales as a home for film and television, being more affordable than London, but the dangers of the terrain. They became snowed in, based miles away from WIFI, and comms were done old-school with packed dinners and paper call sheets. During the recce, it was obvious this was going to be a challenge, especially with the snow but incorporated the local buildings into the shoot and extra man-power. Being off the radar really added to the family-vibe, and an overall amazing process.

EH: Women have always made horror films, there’s always more work to be done yet there is a surge in commissions, directors, and films being platformed at festivals. Is this the feeling you are getting from the industry? What more needs to be done?

AK: We are hyper-aware as producers that it needs to start with us. This means choosing the projects we want to bring to life and making the conscious effort, not just with gender, but with diversity as a whole, and we’ve always had it in us and producing female-driven projects. What we’ve noticed is that this is behind-the-scenes, there’s a lot of talking, but we just crack on with it. Female-led work sells, why are we still talking about it! We have to keep doing it and to keep amplifying it.

EH: It’s such a frustrating issue. What really struck me about the film was the level of empathy for the characters, and there’s no male-gaze at all. Had this project been taken on by someone else, I don’t think it would have been as nuanced and full of kindness. These are the films people want to see, not following the same formula in horror, and Rose is a really exciting voice. In terms of Mini Productions and your experience in short films, could you tell us more about your work together?

AK: The company started while we were 21, and as producers, you clock on pretty quickly that you’re in the thankless job. Short films are there to push the talent of writers and directors, so we made the conscious decision to produce a slate of short films to hit different festival circuits. We built the brand, the reputation, and have done a bit of everything. We have worked together for years now, and that short film experience has honed in on how we want to make our mark on the industry. We’re never going to stop making short films and our passion projects, they are just as important. People are digesting short, snappy content because that is the attention span of our generation.

SH: Mixing it in with the question before, as a company we have tried to pioneer female talent, but also new talent. What shorts have given us is the backing of new talent early on, and they have gone on to do wonderful things. It’s really exciting to be friends with and to grow and work with new talent. It feels like this ripples into the industry, to help improve diversity and get people into these HOD roles, to really make change and movement. Sometimes we’ve had actors who have never directed before or directors who haven’t written, and it’s about helping them take steps into bigger things, and we go with that momentum.

AK: We’re not scared about people’s experience, I for one love a gamble. I don’t care if you’ve done one short film, if Sara and I like you and get a good vibe, then we’ll just do it. What we’ve also learned is that new talent doesn’t have to be young people. We’ve taken a turn into really working and supporting women who have families, who are mums and have been in the industry a long time and want to give directing a go. With that much life experience, they are a good gamble.

EH: You are a complete powerhouse duo, and it’s fantastic to hear you both champion new talent and older people in the industry. These discussions crop up, and so often action is never taken to rectify this situation.

SH: It always gets overlooked as well, and it’s part of the bigger problem. I’m from a farming community in rural Shropshire, and I’ve had discussions with family about ‘why are the top people in the world still white men, why are they the CEO’s and running companies, while only 5% of these roles are held by women’. Women have this incredible other role if they choose, to take time out of their careers to have children. We need to actively engage with women who have taken time out to be mothers, engage with their talent, and who they are – you can often give them that confidence to get them back into the industry again.

AK: If you’re not giving women with families a chance, then who is telling the stories of women with families? It’s not happening. We’re currently working on a project about people in their late-twenties, and it makes perfect sense to have an older woman do this as she’s been there, and has more answers than us! Why wouldn’t you get someone with this experience?