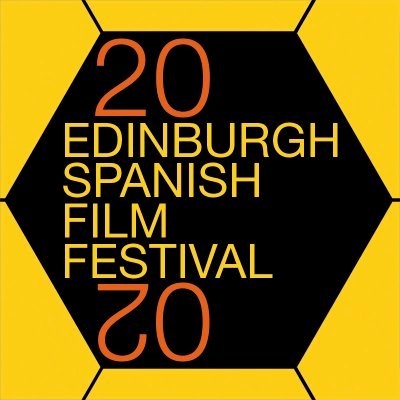 Andrés Wood’s SPIDER revisits the most seismic period of Chile’s recent history from the perspective of fascist paramilitaries, moreover, finding where they could be now in the present day. It’s a comfortless and concerning film that recalls the political thrillers of the 1970s, refigured as a complex contemporary drama that reveals the past is often lurking here in the present.

As anyone with interest in Latin American politics will tell you, Chile in the early 70s was a messy and highly charged period. After the democratic election of a socialist president, Salvador Allende, the government began a programme of radical economic and social change. In response, the forces inside and outside the country began to take increasingly extreme measures to topple Allende. Ultimately this led to a coup in 1973, Allende committed suicide, and General Pinochet was installed as the dictator of a military junta which ruled Chile until 1990.

Against this background, Inés (María Valverde) and Gerardo (Pedro Fontaine) are a young bourgeois, well-to-do fascist couple, despairing at the leftward turn Chile is taking. After a chance encounter with Justo (Gabriel Urzúa), an ex-airforce hothead prone to abrupt violence, Inés and Gerardo invite him into the fold of Patria y Libertad (Fatherland and Liberty), a nationalist-fascist paramilitary group. As well as their far-right beliefs, Inés and Justo share a simmering desire for each other that develops into a barely concealed affair which progresses alongside their terrorism.

Engaged in street fights, sabotaging national infrastructure, and political assassinations, Patria y Libertad were well-funded and organised agent provocateurs, purposely sowing chaos to disrupt what they saw as an aberration of a natural order of a ‘free country’ by a Marxist programme. The SPIDER of the title takes its name from the swastika-like logo of Patria y Libertad, which frequently appears in the 1970s sections of the film, and troublingly begins to re-emerge as a symbol in the present day. Inés, Gerardo and Justo are fictional character-vehicles for conveying this real-life history, while standing allegorically for some of the political dynamics of Chile. Class position is significant here, Inés and Gerardo’s insulated middle-class comfort contrasts with Justo’s decidedly proletarian situation, which offers an air of populist credibility that Inés and Gerardo can support (and exploit) with money and means.

In present-day Chile, an aged and haggard Justo (Felipe Armas) emerges from years in exile with an act of characteristic violence resulting in his arrest. Officially, Justo is supposed to be dead, his reappearance an unfortunate exposure of past crimes that are politically inconvenient for Inés (Mercedes Morán), now a polished wealthy businesswoman still married to alcoholic Gerardo (Marcelo Alonso). While Justo is a shabby shell of his former self, he still carries a simmering intensity but now with an unhinged lack of direction. Inés and Gerardo are still refined and professional, almost banal now in their respectability. Inés pulls some strings to have Justo placed in a psychiatric hospital rather than prison, buying time to re-cover up of the past.

In SPIDER, history doesn’t neatly partition itself, never to be touched again, but instead has reverberations and continuities in the present. The fascism of the past expressed itself in violence towards an organised Left that was gaining power, and with decades of the subsequent military junta, the comfortable elements like Inés and Gerardo have done rather well for themselves. However, Justo has not reaped the benefits; now on the scrapheap of society and history, he transplants his focus to raging against immigrants rather than Marxists. Conspicuously, Justo in the present-day associates with indigenous agitators, united by their hatred of black immigrants from Haiti. These shifts in dynamics from the past to the present are to be understood as literal in their commentary of Chilean politics and social context, but to SPIDER’s great credit these figurative aspects do not feel contrived, with characters that feel lived-in rather than merely tokenistic.

The flitting between present-day and the 1970s has gratifying pacing, easing into a satisfying rhythm as the runtime gathers. Present-day characters are tight-lipped and reserved in what they think and do, while in the past are proud to declare what they believe with bravado, justifying their actions as mere “sins” necessary for political change. The two time periods move chronologically parallel to each other, slowly revealing the extent of the past crimes in increments which provides a gradual understanding of who we see in the present, where they come from, how exactly they have sinned. One would suspect that Andrés Wood finds these characters and their political actions repugnant, but SPIDER mounts them neutrally, allowing their actions to speak for themselves rather than monstering them through framing. Strong performances from both the younger and older iterations of characters ground the story in the drama rather than a didactic history lesson, with a remarkable accomplishment of casting performers that more than just resemble each other, making transitions from young to older characters unusually seamless.

In many ways, SPIDER feels like a companion piece to Andrés Wood’s impressive and moving 2004 MACHUCA, which portrayed the Chilean coup d’état from the perspective of two boys from different class backgrounds. The time is a historical period of huge importance to Wood and many Chileans. SPIDER looks again at 1973 but from an altogether more worrying and antithetical slant. While SPIDER is perhaps less emotionally engaging than Wood’s earlier film due to a decidedly more detached perspective, it is nevertheless a thoughtful and vital drama. Its message is not just that history is important to understand our present, but that history is here with us now, living on and sometimes festering, in ugly and disconcerting ways.