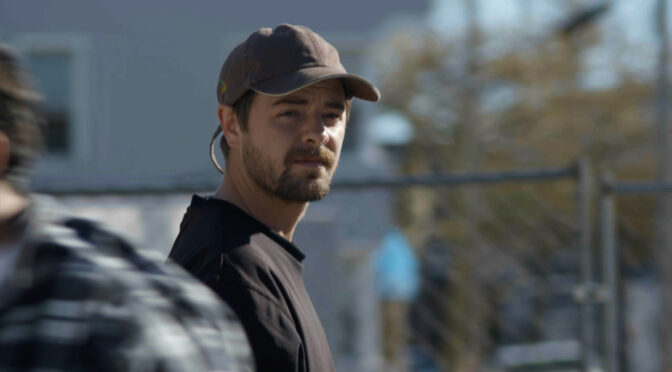 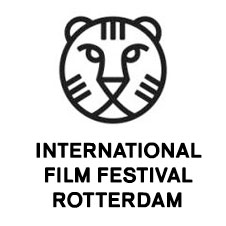 As Johan Carlsen’s film opens, Kurt is recently jobless and facing a precarious future. His wife Sarah has faith that all will work out through a bit of luck and a lot of hard work, his mother begs him to accompany her to church – just to see – and Sarah’s well-meaning father shoves a wad of bills in Kurt’s hand. “Swallow your pride. Think about your family. Just put it in your pocket. It’s that easy,” he hears before returning the money.

Self-worth and survival are at odds throughout DEATH ON THE STREETS (an American film through a European lens, as a German-Danish-Greek co-production). The resulting film lacks national self-aggrandisement or self-condemnation. Constructed through interviews with Atlantic City’s homeless residents, it functions as an examination of one man’s attempts to raise himself up with a self-reliant survival that can only spiral down in the opposite direction. The film’s sympathies lie with Kurt’s wilful pride and open-eyed self-destruction, leading to some uncomfortable moments when Kurt could avert crisis by accepting his community’s help.

However, DEATH ON THE STREETS is a personal parable, not a systemic exploration of a failed capitalist state. Thus, this individualist tragedy is an unsettling yet apt angle from which to look at an American Dream so corrupted and strange that it makes no sense to those who have not entirely bought into it. Additionally, the various places Kurt flees – whether just at his local bar or when hitching rides through the city’s underbelly – are fleeting, seen best through one desperate lens. It is an incomplete picture of a country that leaves its working class behind, but a thought-provoking one.

Eric Ferranti and Jide Tom Akinleminu’s cinematography brings out the monochrome even in the rural idyll of Kurt’s hometown, emphasising the oppressiveness of poverty when the weight of survival is wholly on one person’s shoulders. The cast is non-professional actors that give each scene a lived, rather than performed, feel. They may be unable to elevate Carlsen and Micah Magee’s pedestrian dialogue, but understatement brings a fable-like quality to the storytelling. In many ways, DEATH ON THE STREETS is a modern folktale, where personal strengths and failings mean little in the face of uncaring nature. In other ways, it is scarier – for nature has been replaced by a societal apparatus that has no room for failure.

While an imperfect effort, DEATH ON THE STREETS is an interesting outside-in angle on a forgotten America. Heart and honesty make up for lack of polish, and it treats its subject with uncomfortable, unrelenting respect that drives home the lack of quick fixes and easy answers.