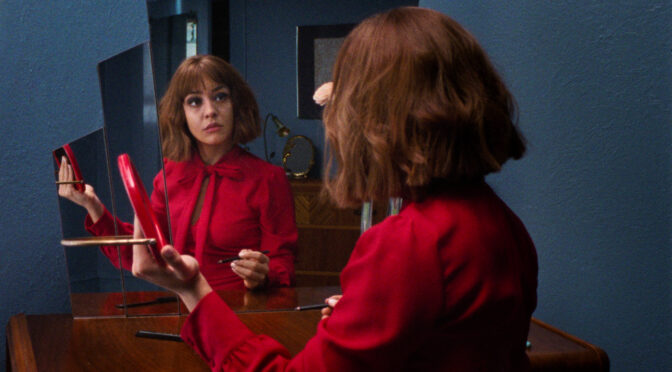 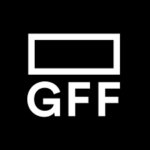 Erin Vassilopoulos’ first feature SUPERIOR has been described as THE PARENT TRAP if it were directed by David Lynch and there’s clear influences from and references to Lynch’s work from the very first scene. But the film proves why Lynch is a dangerous comparison for a filmmaker to invite since, while SUPERIOR is very stylish, there’s little beneath the surface to make it stand apart.

Twin sisters Marian (Alessandra Mesa) and Vivian (Ani Mesa) live very different lives: Marian travels with a band and is escaping an abusive man and a dark past; Vivian lives in her suburban home trying for a baby with her coin-collecting husband Michael (Jake Hoffman). When Marian turns up to stay at her sister’s house, the two decide to switch places with each other for a while to experience different lives leading to their identities gradually blurring and bleeding into one another.

SUPERIOR looks terrific: shot on 16mm by cinematographer Mia Cioffi Henry, it has the look and feel of an ‘80s thriller. The sharp colours and stylistic flourishes in costume design work well to set the scene and create a vibe like a Dario Argento film. Every scene is rich with bold reds or sharp blues.

But unfortunately SUPERIOR is missing the edge of the films and filmmakers that it’s referencing in particular David Lynch. The first scene of Marian stumbling along a metallic truss bridge evokes Ronette Pulaski’s introduction in the pilot of Twin Peaks. We’re clearly seeing “a woman in trouble”, as Lynch described the plot of INLAND EMPIRE. The two sisters’ hair—one blonde and one reddish-brown bob—references the hairstyles of Patricia Arquette’s characters in LOST HIGHWAY. But there’s more to Lynch’s sensibility than doppelgängers and stylistic flourishes and SUPERIOR doesn’t have the core of weirdness required to be truly Lynchian. The film’s antagonist, Robert (Pico Alexander), the abusive man who Marian is escaping, never evokes the villainy of a Lynchian abusive man. He invites comparison with Dennis Hopper’s Frank in BLUE VELVET or Robert Loggia’s Mr. Eddy in LOST HIGHWAY but can’t match the intensity of those performances. In this sense, he serves as a synecdoche for the entire film: clearly referencing Lynchian noir but unable to tap into what makes Lynch’s work great.

SUPERIOR never rises to the level of the tropes and genres that it’s evoking and the narrative falls a bit flat because of this. Though intensely stylish, the substance of the film isn’t enough to sustain the references to other filmmakers that it makes.