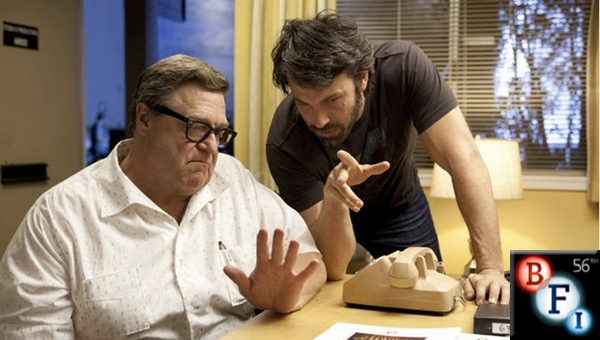 Ben Affleck has done a fairly admirable job of torching his reputation in front of the camera since the turn of the century. However, since his total descent from super-stardom he has been slowly but surely bolstering his credentials behind the camera. Although the partially true story succumbs to some rather silly Hollywood tropes towards the end, ARGO does an engaging job of burnishing both sides of the Affleck coin.

The year is 1979, right at the beginning of the Iranian hostage crisis. Still a cauldron following the Islamic revolution, the American embassy is stormed and the people within taken hostage for 444 days. However, six diplomatic staff evade capture and hide out at the home of the Canadian ambassador. Known as the ‘Canadian Caper’, the extraction mission was originally credited wholly to the Canadians. However, declassified as of 1997, it is now known that was only half the story. The group were to be smuggled out by CIA exfiltration expert Tony Mendez (played here by Affleck), with significant Canadian help and resources, posing as a Canadian crew for a cheap Middle Eastern-themed Star Wars/Planet of the Apes knock-off.

… a skillful juggling of what could have been a tonally inconsistent shambles.

The historical context is dealt with swiftly in an animated opening – too swiftly, some might say, glossing over some of the politics of the preceding 40 or so years. However, it never feels as though the goal of Affleck’s film is to make a blunt political point – ARGO is almost equal parts political-charged spy drama and Hollywood satire. The latter is represented by two recruits at the tinsel town end of the operation: John Goodman, playing Oscar-winning makeup artist John Chambers, and Alan Arkin, playing the irascible (and fictional) producer Lester Siegel. Arkin is often hilariously funny as Siegel, and the fact Affleck has balanced this more overt comedy with the gripping tension present in Tehran is a skillful juggling of what could have been an tonally inconsistent shambles.

The escalating tension of the Iranian setting, as the stranded diplomats risk more and more to escape the hazardous locale, is handled effectively within a meticulously detailed period setting – right down to Affleck’s bearded appearance. The transition from archive stills and footage to the recreated set is almost seamless in the intro, and the film owes a great debt to the production design as well as Affleck’s own stylistic choices.

However, in stretching to embellish the true story, (apparently the real operation never actually reached quite the level of moribund pessimism shown) Affleck and the screenplay occasionally reach a little too far. The Iranian locals (with the exception of some evil-eyed officials and the Canadian ambassador’s housekeeper) are rarely portrayed as anything except a baying mob. A scene in the grand bazaar brings to mind zombie film parody SHAUN OF THE DEAD – our heroes trying to shamble through a mob of homogenously threatening antagonists without attracting attention. Although a portrayal of local feelings maybe isn’t at the forefront of the film’s concerns, the reduction of local hostility to little more than a zombie horde is a little disappointing.

Although better used here than in any major film since DRIVE, the excellent Bryan Cranston is reduced to scuttling around CIA headquarters contriving to make things happen just in time. Concluding with a rather ludicrous chase sequence, the end result feels like a Hollywood send-up, especially in the Goodman/Arkin sections. Although it builds tension, it does so in the same way a gun with a flag saying ‘Bang!’ does, and ARGO seems unaware of, or unconcerned by the irony. As the third acts rips along, it begins to feel like a weird concoction of TINKER TAILOR SOLDIER SPY and OCEAN’s 11 – a cold war caper with extra facial hair.

As the third acts rips along, it begins to feel like a weird concoction of TINKER TAILOR SOLDIER SPY and OCEAN’s 11 – a cold war caper with extra facial hair.

ARGO is far from perfect, and contains a number of silly Hollywood-isms and skimming of issues with potential dramatic weight and depth. The acting, although rather one-note amongst the stranded diplomats, is generally excellent – with Affleck’s measured performance notable for its lack of grandstanding. A well handled balance of lightly amusing satire and thick espionage tension, alongside GONE BABY GONE and THE TOWN this latest film marks Affleck out as an accomplished director.