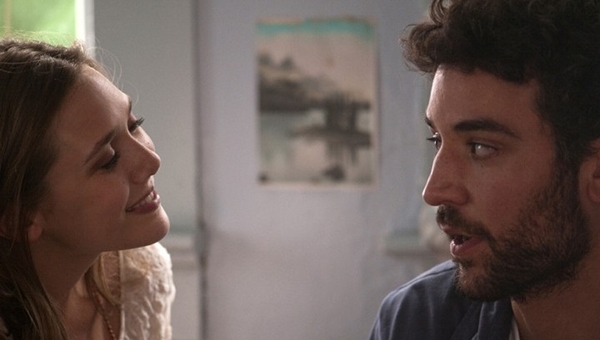 LIBERAL ARTS is the second feature from writer-director Josh Radnor: a gentle mix of romance, drama and comedy that pokes emotional fun at nostalgia for early adulthood. The film has a conviction that delivers a warm, funny story resistant to the formulaic mess into which it could so easily have collapsed.

When a 35-year-old admissions officer, Jesse Fisher (Radnor), returns to his Ohio university to attend the retirement celebrations of an old professor, he makes an instant connection with Elizabeth, known to her friends as ‘Zibby’ (Elizabeth Olsen). The pair begin a long distance pen-pal romance as Jesse begins to long for the freedom and potential of his college days.

LIBERAL ARTS is probably a film that is easy to dislike for the wrong reasons, [the same ones] levelled at Woody Allen’s dramas of bourgeois urbanites, of which this film has some heavy echoes.

LIBERAL ARTS is easy to dislike for the wrong reasons. Despite the dramas and arcs the characters go through, some may find it hard to sympathise with the rather privileged ensemble. However, this would be rather missing the point. It’s the same criticism often levelled at Woody Allen‘s dramas of bourgeois urbanites, which this film heavily echoes. Elizabeth Olsen’s character inhabits the same area of the character spectrum as Annie Hall, Mary Wilkie of MANHATTAN and MIDNIGHT IN PARIS‘ Adriana. She is a magical female that represents Jesse’s wishes and opportunities for musing in an almost too-good-to-be-true manner. She’s also arguably much too young for the male lead, who is going through something approaching an existential crisis (but let’s not go there…). Even the minimalist title card, followed by something of a city montage, evokes Allen.

Olsen displayed a magnetic vulnerability in MARTHA MARCY MAY MARLENE, and puts that to good use with an impressive range in a fairly underwritten role. The almost fantastical, and often hilarious, Zac Efron is a delightfully funny, if unsubtly scripted, presence. John Magaro as Dean, a depressed student, is the counterpoint to the head-in-the-clouds nostalgia of Jesse. However, the subplot feels slightly tacked on in contrast to Richard Jenkins’ aging professor.

The dialogue, when focusing on the arresting hold that trying to move on from this period in your life, also has some pertinent insight that captures that feeling of misguided ennui…

LIBERAL ARTS occasionally feels so light it might float away, but as the plot moves along and settles on a rejection of rose-tinted nostalgic hindsight, the film has a surprising amount of conviction. If MIDNIGHT IN PARIS was a critique on the nostalgia held for bygone artistic eras, then LIBERAL ARTS is aiming to do the same for the university years of baby boomer offspring. The dialogue offers pertinent insight into the feeling of misguided ennui that sets in during the limbo of young adulthood.

Given the romantic story and photogenic leads, it would have been easy for the film to collapse into predictability. However, in the end we are left with a gentle story that captures certain life lessons very well. There’s nothing revolutionary going on here, but LIBERAL ARTS will speak wittily to certain audiences with an enjoyable clarity and resonance.