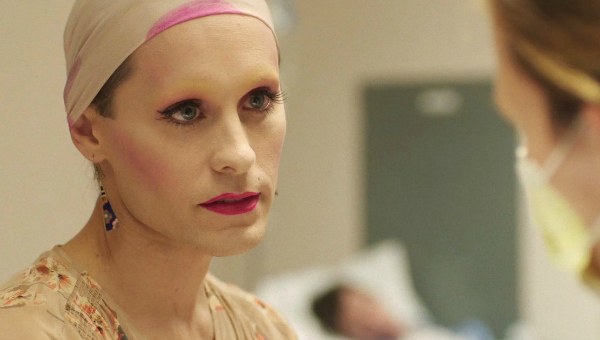 Matthew McConaughey – previously best known for taking his shirt off and appearing in tripe – is enjoying an acting renaissance which started with MUD and has continued through MAGIC MIKE, THE WOLF OF WALL STREET and now DALLAS BUYERS CLUB.

McConaughey plays Ron Woodroof, a homophobic electrician with a penchant for bull-riding, scamming and hard living. Following an accident at work, he ends up in hospital where it is revealed he has HIV, a disease he was convinced was exclusive to homosexuals. At first, he rejects the diagnosis and refuses to accept the 30 days he is given to live by Dr Saks (Jennifer Garner). But Woodroof is slowly forced to come to terms not only with his own impending mortality, but that of the community against which he was so violently prejudiced. The Buyers Club he sets up with his business partner Rayon (Jared Leto) offers alternative treatments to AIDS sufferers, in opposition to the toxic AZT drugs pumped out by the pharmaceutical companies for profit.

McConaughey disappears into the role of Woodroof, both through dramatic weight loss – his belt looks like it’s the only thing keeping his skeleton together – and through perfectly capturing the arc of his character. He is completely believable as the arrogantly intolerant, coke snorting, Texan shag-monster: a character so unpleasant to start with that it’s a testament to the script that we even want to follow his journey, let alone root for him. Perhaps it’s his almost childlike naivety when diagnosed that makes him initially slightly sympathetic; it’s affecting watching this once cocksure man slowly come to the realisation that he is being devastated by the disease, eventually reduced to begging pitifully behind a hospital car park for a corrupt hospital porter to sell him some drugs.

As good as McConaughey is, perhaps more impressive is the completely unrecognisable Leto, who reportedly stayed in character throughout the shoot of the film. Rayon is a tragic mix of frailty and glamor, a transgender woman who idolises Marc Bolan, but whose reckless rock ‘n’ roll lifestyle is ultimately accelerating the destruction of her body. A tender moment when they first meet has Rayon, the experienced sufferer, massaging Woodroofs cramps as the rodeo rider squirms at the touch of a transgender woman – although he can’t help but appreciate the relief it brings. It’s a snapshot of their relationship for the rest of the film: an odd couple sharing an apartment, both helping each other as much as they can, but occasionally annoyed by the other’s idiosyncratic quirks.

Where the film perhaps goes wrong is when director Jean-Marc Vallee starts to concentrate more heavily on Woodroof’s legal challenge of the FDA, moving the focus away from the small scale character study, and onto the bigger picture of a courtroom drama. Whilst historically accurate, the film works better when focusing on the personal rather than the political. DALLAS BUYERS CLUB is a film made poignant by its small moments, like when Woodroof pensively reveals to Dr Saks that he want to live, that he would have wanted a family, that for all his flaws, he wants what everyone would want in that situation. It is those moments that reveal the real themes of the film – that of a man that, for all his efforts, is slowly running out of time.