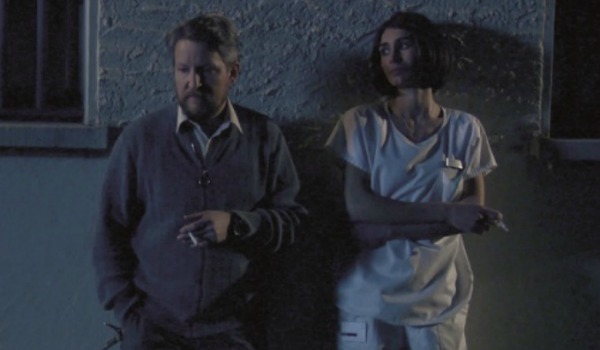 Who decides what is right or wrong? Is morality determined by generally accepted codes set by society, or are things not as black-and-white as they seem? Is there room for us, our troubled humanity in a messed-up world, to discern for ourselves what is just and what is right, even who may live and who may die? It is fraught questions like these, ethical black holes, which are examined, though perhaps not elucidated, by the short films collectively entitled WROUGHT in Sunday’s dusk screening at Watersprite.

In NUMBER 32, the hotly debated topic of animal testing is treated in a documentary yet visually poetic style, as the brief lives of albino rats are charted in a blurred montage of scurrying, scratchy claws, haunted red eyes, and a flurry of needles and fur. Two researchers relate their feelings, or lack thereof, towards the work they do and the creatures whose lives are condemned by their hands. The youth and fragility of these voices, belonging to faces we never see, belies a sense of uncertainty, an inner struggle even with their own admitted lack of caring, as they come to terms with the job they do and whether the ends of their medical research justify the means, give them the right to end the life of a living creature.

The theme of inner turmoil is continued in GUTES RECHT, a film from Switzerland which follows the story of a well-respected and long-standing head of a prison hospital ward as he gets into an altercation with a prisoner. Having always prided himself on his fairness and the admiration of colleagues and detainees alike, he suddenly finds himself – after one momentary lapse in his calm, controlled demeanour – in a position of doubt, the very framework of justice turned on its head as his behaviour is thrown into question and he himself is considered a risk to security.

The true gem in this collection, however, is Germany’s ERLEDIGUNG EINER SACHE. Justice and retribution are again taken into the hands of the individual as a young man who possesses both a harrowed wisdom beyond his years and the lost, confused expression of a misguided child seeks out the father he never met in order to honour his mother’s dying wish. As the protagonist’s visit to the forensic psychiatric hospital of which his father is an inmate unwinds, so too do standard notions of morality and ethics begin to unravel, as the motives of the young man’s visit become increasingly unclear. The true nature of his father’s crime of years ago floods into the present amidst the pathetic fallacy of torrential rain, as his, and indeed our own thoughts of right and wrong and justice and mercy are drenched and weathered in a tempest of inner conflict. Should one act by ideals of ‘an eye for an eye and a tooth for a tooth’, or should wrongdoing be met with compassion, and hurt with forgiveness?