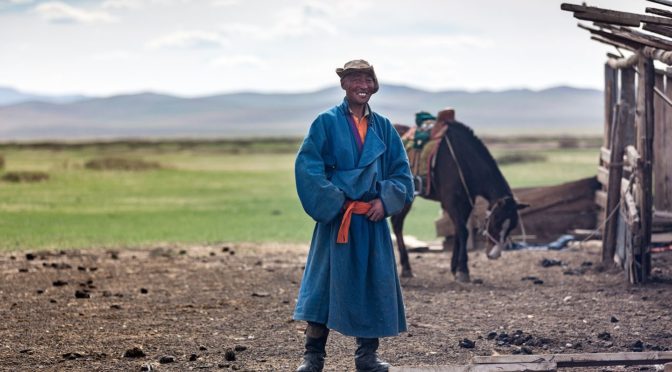 In this thought-provoking documentary, journals of the Finnish Linguist, G. J Ramstedt, are narrated following his travels to Mongolia, Japan and China starting in 1898 as a 25-year-old linguistics researcher. Ramstedt firstly journeys to Mongolia to study the languages, including their relation to the Finnish language. He’s accompanied by his family as he embarks on the beginning of what would become years of crucial research and discovery as well as a six year long diplomatic career as Finland’s official representative in China, Japan and Siam.

The narration is accompanied not by old stock footage but by contemporary stories and film from modern life in Mongolia. From Buddhist monasteries to night clubs to rappers still citing and remembering the linguist. Ramstedt’s research is influencing Mongolia’s people, even today. He’s remembered for putting Mongolian poetry on to paper and having a profound influence on their folk culture.

The linguist’s travels take him from the rule of the Qing Dynasty to an independent Mongolia, to the Boxer Uprising and through the Chinese occupation of Outer Mongolia. He sets up the first Finnish mission in Tokyo in 1919 to have it destroyed in the earthquake of 1923. Eastern Memories is a historic timeline as well as a personal story of a man who sacrificed his family to immerse himself within the Mongolian and Japanese social, political and linguistical culture.

With its sweeping shots of Mongolian and Japanese landscapes, EASTERN MEMORIES is a visual pleasure, capturing the beauty and traditions of these two countries. Directors Martti Kaartinen and Niklas Kullstrom stun in their debut feature, bringing the past and present together in a seamless and beautiful tale of discovery.

The UK premiere of EASTERN MEMORIES screens at the Cambridge Film Festival on Wednesday 31st October at 17.15 and Thursday 1st November at 10.00. Book a ticket here.

One thought on “Eastern Memories”