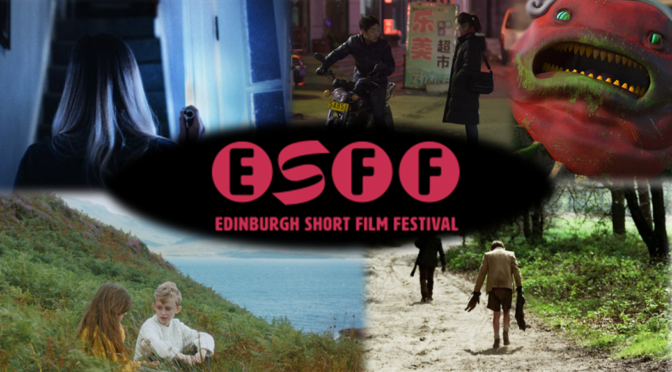 Darkness – metaphorical darkness of course – is the theme of Edinburgh Short Film Festival’s program for the 3rd of November. The night will showcase a selection of shorts which explore the nature of darkness, being lost within and, occasionally, finding a way out.

The varied program includes everything from comedies to foreign language films, animations and thrillers, meaning there is much to sink your metaphorical teeth into. The shorts range from bigger budget pieces like Steffen Geypen’s SILENT CAMPINE to hand-drawn quirky cartoon CURSE OF THE WEREDUCK by Stuart Hubbard which stands punchline-complete at less than 2 minutes.

Some films are rather tenuously connected to the theme, for example American comedy RITUAL, by Dan Schwartz is about 30-year-old Mike who attempts to complete his morning routine of playing a song on piano and smoking marijuana. Yet others hit the theme right on the head. SILENT CAMPINE is about a young, unspeaking boy who is bullied by his drunkard father and haunted by the prospect of his dying mother. Eventually the dark circumstances become too much for the child…

“The varied program includes everything […], meaning there is much to sink your metaphorical teeth into.”

Like many of the films in the program, SILENT CAMPINE uses children as a symbol of the human condition. Children represent innocence, ignorance, fear and fragility respectively. AQUARIUM by Lorenzo Putoni is also filmed from the perspective of a young boy, but relies less on backstory, focusing instead on a sudden and inexplicable act of violence in a public swimming pool, to which the boy is only an unfortunate witness.

The children in these films reflect a darkness born from human corruption, something within ourselves which creates pain and violence in others.

Personally, I prefer films like THE WIDER SUN and ON THE BORDER in which the protagonists are young and innocent and deeply confused by the world around them. Ru, the heroine of THE WIDER SUN by Sophia Carr-Gomm is again a nonspeaking child, yet she achieves solace by the end of the short. Whilst staying with her grandmother on the Isle of Skye, Ru meets a young companion who helps her manages to find a way out of the dark through nature and tales of Scottish magic. The film is optimistic and peaceful; there is a beautiful shot of Ru getting her hair towel-dried for instance, which takes me right back to childhood.

“[THE WIDER SUN] is optimistic and peaceful, [and] takes me right back to childhood.”

ON THE BORDER by Wei Shujun won the Special Jury Distinction-Short Film award at Cannes 2018; as expected, the film is incredibly watchable. A boy travels to a Korean border village looking for his father and meets a girl who, like him, dreams of crossing the border and starting a new life. The night-time border town, with its neon lights and broken arcade rides, is desolate and impersonal yet alive with the hope of the protagonists. Shujun’s film is based in urbanised society and deals with the confusion of modern politics and people limited by borders. This theme is mirrored in JOHNNY THINKS, a film by Malcolm Rumbles based on a poem by Sam Small. Here again the socially neglected protagonist Johnny is echoed in the landscape of urban degradation.

Joonha Kim’s short A TAXI OF COLDNESS is again a drama about urbanised modern society, more specifically urban tales of danger and mistrust. A man takes a taxi and, when the driver offers him a stick of gum, he remembers his grandmother’s warning; to never accept anything from a taxi driver if you are drunk. The film could be described as a dark comedy, especially regarding the editing where some scenes are super-imposed on top of one another to convey clichéd flashback. A TAXI OF COLDNESS is a disconcerting ride which finally leaves the viewer more in the dark than when the film began.

My two favourite films out of this selection are however not about urban living, nor do they feature children protagonists.

“[CRY BABY BLUE combines] the cinematography with a disconcerting soundtrack to perfectly demonstrate the possibilities of the short film thriller genre.”

I couldn’t face watching Marlek Al-Habib’s CRY BABY BLUE on a large screen and had to keep the lights firmly on throughout the thriller’s 9 minute run time. This short uses a very simple concept to create a creepy atmosphere, combining the cinematography with a disconcerting soundtrack to perfectly demonstrate the possibilities of the short film thriller genre.

BEASTS by Sandra Schiessl is an equally successful short. This dark dystopian animation tells the tale of a physically repellent yet endearing creature as it fruitlessly attempts to grow a lonely plant. Schiessl takes her audience through disgust, sympathy, unease, determination and dread in only 5 mins. Much like another animation in the program, MORPHOSIS by Santiago Castaño, BEASTS has a substantial political allegory at its heart. BEASTS and MORPHOSIS are highly creative shorts which use animation to push the possibilities of the short film genre, packing a lot into a short timeframe.

2 thoughts on “Edinburgh Shorts: In The Dark”