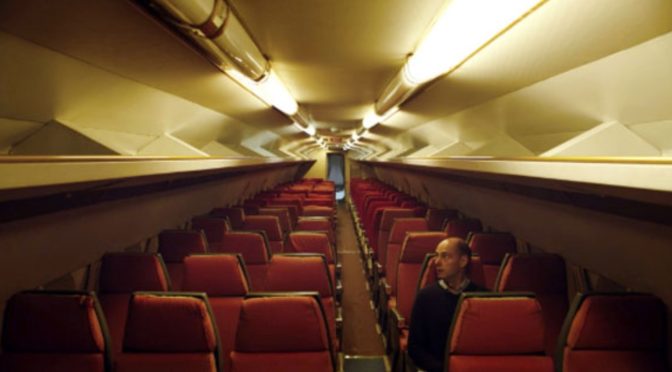 Where does the air we breathe on an aeroplane come from? The documentary EVERYBODY FLIES, directed by Tristan Loraine, a former British Airways pilot, and Beth Moran, answers that question. Over the course of an hour and a half Loraine narrates her film covering the horrifying truth of air on planes and how this creates an unsafe environment for those who travel or work on them.

In simple terms, airline companies’ cheaper aeroplane model takes air from the outside environment, brings it in through the engines and supplies that air to the passengers and crew. This method can allow for contamination with a type of organophosphate that is present in the oil used to lubricate parts of the engines. Organophosphates are toxic to human beings.

Loraine reveals the effect of this toxic oil through interviews with crew and passengers. The talking heads format works well with the topic as the audience is given first-hand accounts of these experiences and of how common these toxic fumes events are in the airline industry. The interviews also give varying perspectives and give an emotional element to the documentary. In particular, an interview with a former airline crew member details how the toxic fumes affected her health to the point her young son had to take care of her. She is visibly distressed when retelling these memories and expresses her anger that her job took away her health and the childhood of her son. The issues presented by the film are detailed as not just existing at an industry level: they are at a personal level too. This presentation gives a face to the issue and makes the audience more invested in the conclusions made. Evidence gathered by the filmmakers to support these interviews is also powerful: medical records of crew with issues directly related to toxic fumes deleted by airline companies; secret tests showing organophosphates present inside a British Airways aircraft; correspondence with airline industry professionals refusing to comment or provide insight into the issue. The addition of the wealth of evidence gathered presents the filmmakers as an authority on the subject and validates the stance taken against the airlines, shooting down accusations of conspiracy theories. The interviews and supporting evidence are important and do make the film interesting, however, there are moments that appear repetitive.

There is a difference between reiterating a point and repeating it. EVERYBODY FLIES occasionally falls towards repetitive, as there are frequent incidents of giving the audience information they already know. The issue with repeating a point continuously – without adding further insight – means that its importance or shock factor ebbs slightly and this documentary falls victim to that. For example, the symptoms of the toxic fumes are repeated in interviews or voiceovers, meaning this information becomes more like a filler than fundamental to the overall point of the film.

The filmmakers took a big risk to make this film and are going against an industry that has more power than most people will ever know. They gave time to the people affected and face to an issue that has been hiding in plain sight. EVERYBODY FLIES is an important film with an important message. Even if the film’s own construction lessens the impact, the revelations in the film should be paid attention to and, hopefully, they will be.