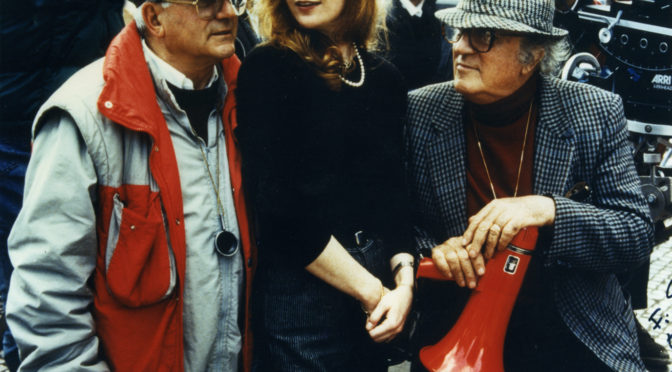 Forget Fellini, it’s all about Fiammetta Profili as SECRETARIES: A LIFE FOR CINEMA shines a light on the women behind some of Italy’s most famous producers, directors and distributors. The film introduces six secretaries and PAs who remember their careers in the Italian film industry as they supported both emotionally and administratively the “geniuses” of Italian cinema.

Many of the women worked alongside these men at pivotal points in their careers: Dino De Laurentiis was opening his studio and Goffredo Lombardo was producing THE LEOPARD (1963). What audiences will begin to realise is that these “secretaries” were so much more, they were casting agents on set, film extras and considered family to the men that employed them. Several of them eventually becoming managers and COOs, these women were the glue of the industry, with unrivalled knowledge of elements of production, they were essential to the running and success of the men in the forefront.

A life for cinema, and it is really their lives they gave to it, some for over 30 years. Marriage and pregnancy sparked anxiety for their employers, to the point where nannies would be hired to allow the women to return to work a matter of days after giving birth. Despite the romantic and warm retelling of working in an industry at its most magical, these women, who strived for independence, to work for their own money, were still being caged by the industry and the men they worked with. At times, even through the reminiscent smiles, there is still an absence of freedom.

An emotional journey takes us to the end of their careers as many of them describe losing the men they’d worked with for most of their lives. All of them, determined career women; some who gave up relationships and families to go down a path, that then, was seen as untraditional. SECRETARIES: A LIFE FOR CINEMA is a humorous and eye-opening glimpse into the world of these women and through them, a new perspective into the lives of these famous men which many of us will not have seen before.