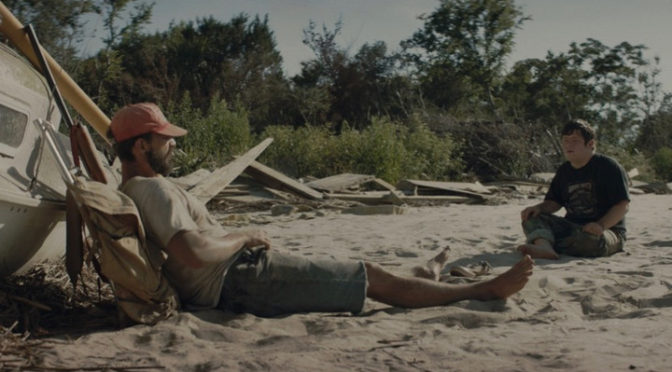 Zack (Zack Gottsagen) has Down syndrome, but it has never interfered with his ambitions of becoming a professional wrestler. Nor will the barred windows of his care facility, or the good intentions of staff-member Eleanor (Dakota Johnson). When he escapes in order to find his wrestling hero, he encounters the rugged Tyler (Shia Lebeouf), who takes him under his wing. Charged with their pursuit, Eleanor must decide whether institutionalisation really is the best course of action, in the face of the men’s heart-warming friendship and Zack’s desire for a better life.

Winner of the SXSW Narrative Spotlight Audience Award, THE PEANUT BUTTER FALCON wears its heritage on its sleeve. Its affinity to ‘buddy’ adventure classics, or their originator and prime influence here, Huckleberry Finn, is no accident, nor a slight upon the film to reference it. Much like Twain’s masterpiece, the two men’s friendship, as well as a reverence for the landscape in which it is set, is the film’s backbone. Unlike contemporaries such as True Detective‘s first season or Ozark, where southern wilderness and small-towns are imbued with a sense of dread and horror, THE PEANUT BUTTER FALCON has a real love for this wet, muddy, grimy world on the rivers and swamps of the Carolinas.

The crux of the film is in Zack and Tyler’s relationship, and the film is at its finest as the two travel together on their adventures. Their chemistry is obvious – the secret handshakes, the late-night heart-to-hearts, the training montages and the exhilarating, heartfelt roars of the ‘two bandits on the run’ make the film the impressive, heart-stirring work that it is. Lebeouf is impressive as the obscure Tyler, his motives only hinted at in flashbacks. The standout, however, is Gottsagen’s performance as Zack. His slightly crooked smile lights up the piece, permeating the film with a joyous, unrestrained, unfiltered energy. Screen representation is a topic very much in vogue, but it is quite clear that an actor imitating his condition could not have pulled off such an authentic, inspiring portrayal of determination, fortitude, and humour.

The question the film poses, in relation to Zack’s Down syndrome, is a difficult one, manifested in his two companions. Tyler argues that Zack’s life should not be determined by his limitations, but by his many strengths, letting him have the freedom to live his life whichever way he pleases. Eleanor, however, contends that structure and safety are necessary for Zack to protect him from the dangers of his condition and the outside world. It is a thought-provoking subject, and one the film does little to answer, other than to reaffirm the importance of friends and family in supporting people like Zack, but it is admirable of the filmmakers to pose such a topic that many audiences may not have discussed themselves.

THE PEANUT BUTTER FALCON raises important issues and also provides a feel-good vehicle to allow a great new talent in Zack Gottsagen to shine through. It succeeds in evoking both the spirit and the essence of its core inspirations, Mark Twain in particular.