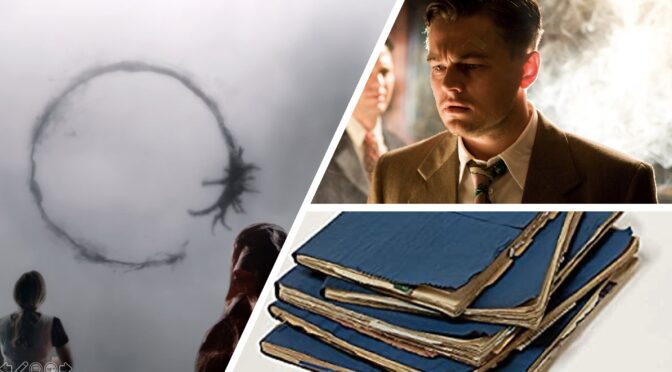 Its haunting strings have accompanied an anguished Will Ferrell smashing up a bedroom in STRANGER THAN FICTION, Leonardo DiCaprio in the throes of despair in SHUTTER ISLAND and a heartbroken Amy Adams in one of the greatest science fiction scenes of the past decade. More recently, it has been heard during the final moments of Michael Winterbottom’s THE TRIP, as Rob Brydon and Steve Coogan reunite with their families. When directors need to amplify an emotional moment, On the Nature of Daylight is fast becoming their go-to track. Further, its success has utterly transformed the fortunes of its creator.

Since its release on Max Richter’s 2004 album The Blue Notebooks, the track has steadily grown in popularity across the soundscape of film and television, despite never being specifically composed for either medium. Richter, a German-born classically trained English composer, wrote the song and the album as a protest against the 2003 Iraq War, describing the work as “a mediation on violence…the violence of war…the utter futility of so much armed conflict.” Despite the music’s dark inspiration, On the Nature of Daylight has often been used to evoke ethereal calm and peace.

The song’s most popular use in film is probably in ARRIVAL (based on the short story, Stories of Your Life by Ted Chiang). In this instance, it works incredibly effectively alongside the film’s visual and verbal narrative. Director Denis Villeneuve uses the work, as many other directors have, during the film’s moving crescendo. Unlike those directors, however, Villeneuve also uses the song in ARRIVAL’s opening scene, bookending his non-linear story with what the viewer ultimately finds out to be appropriately cyclical music and imagery. The images we see at the start are poignant on their own, when we know little about the life of Louise Banks (Amy Adams) as she delivers a moving monologue to her daughter Hannah. Yet these images gain an entirely new meaning during the music’s second use, after we have gradually pieced together Louise’s perception of temporality and witnessed one of the most powerful plot twists in recent science fiction. The images of Louise as she holds the hands of her baby daughter are powerful beyond words. They become synonymous with Richter’s meditative strings, just as the images of Hannah’s life are entwined with Richter’s high, oscillating vibrations. Through Richter’s music, Villeneuve crafts a narrative soundscape that transcends traditional verbal exposition.

Richter’s video to mark The Blue Notebook’s 2018 re-release also attests to the power of musical storytelling over verbal description. On the Nature of Daylight doesn’t contain a single word, and we are left to focus on the engrossing facial expression of The Handmaid’s Tale’s Elizabeth Moss as she stoically walks across a dark city, eventually breaking down before composing herself and resuming her walk. Richter’s belated decision to transfer his composition into his own visual work signals an embrace of the music’s power to forge non-diegetic narrative, and the composition continues to inspire pop culture over 16 years after its initial release.

In fact, On the Nature of Daylight has an increasingly ubiquitous presence in television and film that has seen it employed across a wide range of genres. Reflecting Richter’s original anti-war inspiration, it accompanies the heart-warming conclusion to Anne Fontaine’s The Innocents, which follows the suffering of a convent of nuns at the end of WWII. The composition is also used in the climax of Henry Alex Rubin’s 2012 technological alienation drama, DISCONNECT, where three stories of ambition, impersonation and stolen identity play out in acts of melodramatic, slow-motion violence. The same piece accompanies a heated card game between Daniel Bruhl and Cara Delevingne in Michael Winterbottom’s thriller THE FACE OF AN ANGEL (based on the real-life murder of Meredith Kercher), as well as during the emotional finale of Ericson Core’s dogsled epic TOGO. Richter’s composition is even sufficiently versatile to bring deeper meaning to Japanese cuisine in JIRO DREAMS OF SUSHI, a documentary exploring the world’s greatest sushi chef, Jiro Ono. Its use across such different genres speaks to its versatility, but also points to its potential to be cliched.

We will surely soon reach a point where On the Nature of Daylight will become overused – Winterbottom’s recent, second use of the piece in the final season of THE TRIP didn’t feel wholly warranted. Yet it’s hard to begrudge Richter the success which On the Nature of Daylight has brought him, particularly given how badly The Blue Notebooks fared on its initial release.

Richter had experienced financial hardship before his works were used in film and television. In a personal article for Drowned in Sound celebrating the 10th anniversary of The Blue Notebooks, Richter opened up about his debut album memoryhouse. He worked over two years on the record, but it received no critical or commercial attention upon its release. Richter described the failure as ‘that proverbial tree that falls with no-one else there to see it…nobody reviewed it, nobody played it, nobody listened to it’.

Yet despite the disappointment of memoryhouse and being fired from the BBC, Richter kept working on material for The Blue Notebooks and was eventually hired by FatCat Records. The composer then had the bittersweet experience of having Tilda Swinton reading Kafka and Milosz for his record yet still having to borrow his Tube fare home from a journalist who came to Richter’s recording session. The Blue Notebooks’ limited budget meant a swift recording period of just three hours. While it was critically lauded, the work was reportedly leaked on the internet only two days after Richter delivered it to his label, Deutsche Grammophon, meaning it initially appeared to be a commercial disaster. He noted that he and his wife were ‘kicked out of our house with our two small kids’.

Writing about the futility and horror of the Iraq war, Richter nonetheless expressed his wholehearted belief that ‘human creativity can influence the world’. Judging by the range of film and television projects that have introduced On the Nature of Daylight to the public consciousness, his hope has been fully realised.

3 thoughts on “Focus On: On the Nature of Daylight”