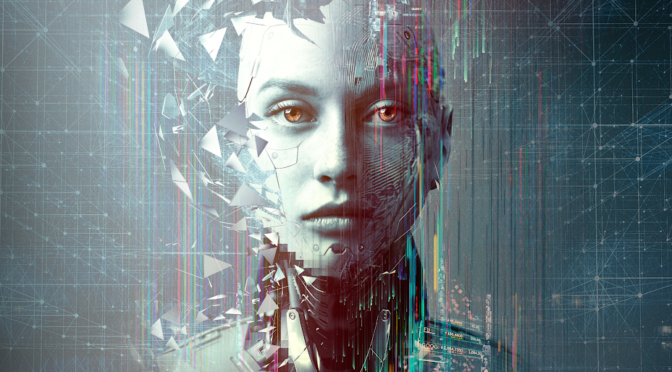 In a world where technology is integral to our lives, increasing concerns about its advancement and breakthroughs in Artificial Intelligence have begun to circulate the media much more prevalently. What we’ve read and seen in science fiction is now non-fiction and is only becoming more entangled in our lives every day.

In director Tonje Hessen Schei’s doomsday documentary, we’re transported to Silicon Valley where the future of the human race is slowly being changed by the evolution of Artificial General Intelligence (AGI): an intelligence said to be able to match – and better – human performance to the point where humans will become economically disposable.

IHUMAN, as well as general discussion around AI, continues to promote conversations about freedom, what it means to be human and what it is to learn and think. If things that feel so uniquely human can, in fact, be engineered and transferred into something “artificial”, what does this mean for us? The most common form of AI affecting large parts of the world is algorithms; controlling what we see, who we vote for, and how we react. Our online presence is driven in some way by algorithms, and the fact that this data is monetised and that the corporate power structure is in the hands of tech companies means there’s really no escape from this sort of data harvesting.

Regarding our future, Ilya Sutskever, the lead scientist for OpenAI, Elon Musk’s AI research company, likens our future to that of animals. A future where we’ll be liked and cared for, sure, but not consulted when it comes to global or national infrastructure and the decisions we’re used to making now.

This anxiety-fuelled documentary gives viewers a general overview of what is currently happening in the realm of AGI along with scientist’s predictions for the future, and spoiler: it all looks a bit bleak – for us, anyway.

There’s an ethical conversation occurring with regards to advanced technology. With some scientists claiming AI will solve the world’s problems, ending poverty, disease and climate change, should we be willing to step down and hand the reins over to something else, something we’ve created but that will subsequently lead to our own demise?

IHUMAN won’t be new for anyone who’s kept up to date with any of the other numerous documentaries on data mining and surveillance but it niftily ties everything together and offers a sense of understanding, albeit one we may wish we never had.