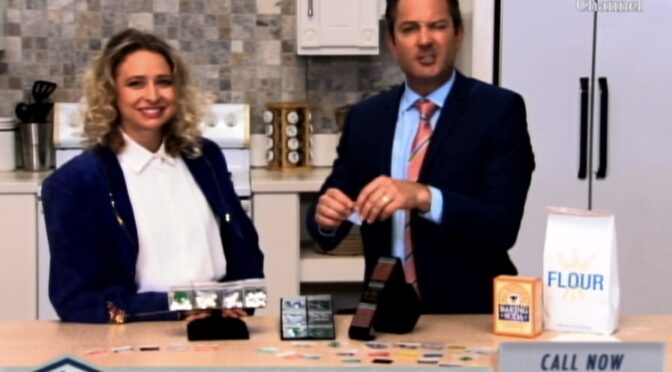 Ripped entirely from a VHS tape recorded by a teenage boy, VHYES is an absurdist, hilarious, and creepy celebration of the heyday of VHS and home-recording. The film’s premise owes a lot to similar parodies of ‘80s TV sensibilities, but VHYES grows into an interesting film about the nature of mediated experience and how recording has come to define our reality.

VHYES was screened at Fantastic Fest 2019 in Austin, Texas, and builds on Jack Henry Robbins’ short films, HOT WINTER: A FILM BY DICK PIERRE and PAINTING WITH JOAN, which were both selections at Sundance in previous years. At the start, the film’s sketch-show format of seemingly disconnected vignettes feels fun but scattershot. The pitch-perfect parodies of certain types of broadcast television from the 1980s owe a lot to sensibilities and aesthetics developed by the contemporary anti-comedy of Tim and Eric Awesome Show, Great Job! sketches and late-night Adult Swim shorts like TOO MANY COOKS.

Like the absurdism of Tim and Eric and TOO MANY COOKS, VHYES works by creating the sense of something being just a little off in every scene. Is that background dancer in the fitness video ok? What is this painter actually painting? Wait, what are the purpose of these products on the shopping channel? VHYES points to the strangeness beneath the benign facade of the broadcast television that we remember from childhood. Like in GREENER GRASS, Jocelyn DuBoer and Dawn Luebbe’s dark absurdist satire of American suburbia, there’s some strange darkness just beneath the surface of huge televisual smiles. The director of TOO MANY COOKS, Casper Kelly, has said he aimed to capture the feeling of watching TV late at night and not being sure if what you’re watching is real or a dream. That kind of strangeness is well-captured in the continually shifting parade of bizarre clips in VHYES.

Despite its absurdism, there’s genuine love to the film’s celebration of VHS aesthetic. The film was shot on VHS before being transferred to digital, and the quality of the image, the framing, the jerky zooms, the focus, all remind us a format now dead and a technological moment that passed but is no less important for that. VHYES celebrates VHS and ‘80s TV aesthetics by recognising that, like music recorded on vinyl, the imperfections of the format are what it makes it special.

As the film’s vignettes start to come together and the late-night TV shows start to bleed into reality, the film turns into a genuinely unsettling found-footage movie and a mad nightmare of ‘80s TV and VHS culture. Ralph’s constant recording seems to affect the world around him. The act of taping over his parents’ wedding video starts to destroy the marriage itself. In one scene, a cultural philosopher (Mona Lee Wylde) on a talk show explicitly discusses this idea that the act of recording—the act of observing reality—changes reality. By tracing the act of recording on video back to a point a few decades ago when it came into the hands of personal individuals, Robbins says something about our present moment where, as the philosopher says, “we all have mini VHS cameras in our pocket”. In its funny and creepy way, VHYES speaks about our mediated experience of a world that now exists to be filmed.