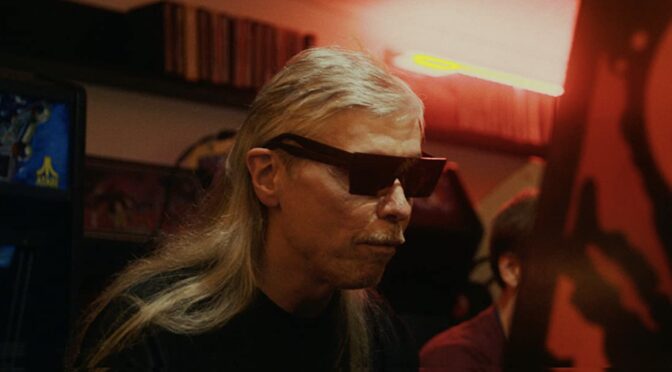 Mads Hedegaard’s documentary is a heartfelt but humorous look at the world of elite arcade gaming. Whilst the film manages to be amusing, it walks on the correct side of the line that divides respect and affection for its subjects with mocking curiosity. CANNON ARM AND THE ARCADE QUEST succeeds in creating a deep empathy and engagement in this motley crew of spacefarers, bubble shooters, giant monkey opponents, and virtual block stackers. 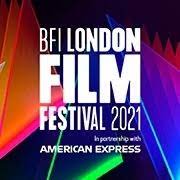 The film looks at the preparation and attempt by Danish man Kim ‘Kanonarm’ Købko to set a new record for consecutive hours playing Gyruss, his 1980s game of choice and one he has already managed 49 hours with on a single coin. He now aims to achieve over 100 hours.

Hedegaard takes great care in profiling Kim and illustrating the community around him. The film opens with some dynamic shots detailing old arcade machines, and this won’t be the last time the film shows such affection for these inanimate hunks of plastic nobs and circuitry. Kim is seen almost embracing the Gyruss machine at one point, but this is just the entry point into a supportive group and a film that details the strength and support one draws from the communities we are drawn to and inhabit.

Kim’s best friend, Thomas, committed suicide many years ago, and Kim embarks upon his record attempt as a tribute to him. The rest of the gamers that make up the Bip Bip Bar’s clientele take it upon to help him as a support crew. Hedegaard balances this observation alongside other aspects of interest – CANNON ARM AND THE ARCADE QUEST works well as an insight into the curious pastime these people have chosen and a moving portrait of the strength gained from the friendships they have built.

Hedegaard takes time to find out about several of Kim’s fellow dwellers of the Bip Bip Bar, showing with admirable clarity that they have lives that extend well beyond the cramped and glowing maze of arcade machines. A moment where the group pay tribute to Thomas is particularly touching, with a brief aside making Hedegaard’s presence as director clear. The filmmaker has become a part of this group, just as his camera has. A brief interlude around a famous US gamer found to be cheating – Billy Mitchell, revered amongst the visitors to the arcade bar – highlights the importance of drawing support from friends and community over inspiration from false idols or investing in cults of the individual.

Throughout, the visuals are sufficiently varied to keep the story progressing. Jump cuts signifying progress of an hour during the record attempt, with appropriate musical accompaniment, as well as slight visual flourishes such as a slow zoom in while Kim attempts to sleep, manage to keep what is, essentially, one man standing in front of an arcade machine gripping. As Kim’s friends stare with intent at the screen, marking off virtual lives lost during the sleep downtime, with the sound mix using the effects from the game in a dizzying and repetitive motif, Hedegaard makes mundane tasks in the support effort engaging and dramatic.

He is, of course, helped by some bumps in the road that Kim and the team must overcome that add some natural drama, but Hedegaard sustains this interest for the entire runtime. As well as being an enjoyable look at retro arcade gaming, with some nice musical and visual touches, CANNON ARM AND THE ARCADE QUEST manages to beautifully demonstrate the value of friends and community in helping someone overcome grief and achieve their ambitions in the face of long odds.