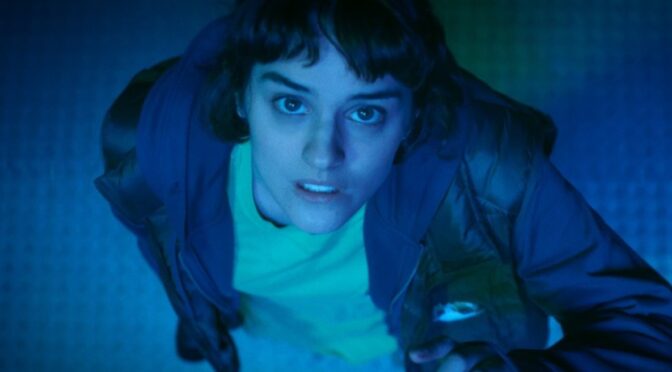 To those of you who also harbour the guilt-laden secret that you have viewed, even relished, TLC’s car crash reality television series People Who Love Objects, the unconventional romantic plot of JUMBO will come as no surprise. To the other, more well-adjusted people, JUMBO may be a fresh oddball love story about acceptance and the wonderful variety of love and relationships on offer in the world.

JUMBO follows Jeanne (Noémie Merlant), a young woman moving on the social periphery as she plunges into an all-consuming love affair with a new – and at times seemingly sentient – fairground ride whom she names Jumbo. Unsurprisingly, she faces derision and further ostracisation, despite feeling she understands what it is to be in love for the first time.

Replete with a sex scene suspiciously reminiscent of the otherworldly sexual cannibalism in UNDER THE SKIN, JUMBO manages to create a sincere, bizarre and light-hearted love story of outsiders, one as much about familial acceptance as rust lust – albeit a predictable one.

Despite that predictable plot and the sometimes unintentionally comical, yet dark, anguish and insanity of the shy but capricious Jeanne, the film has an undeniable sense of style and a brilliant soundtrack, as well as admirable and convincing performances.

If you don’t take JUMBO too seriously and try not to care too much about our heroine’s distress and removal from reality, JUMBO can offer an endearing allegory espousing the beauty of love and acceptance.