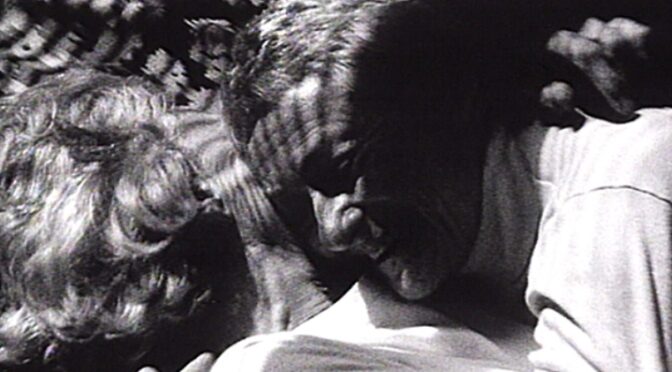 Stories and the histories they create wield an almost incomprehensible power in human culture. They underpin that which is utterly extraneous to survival, yet vital to our humanity. They make mythmaking, complex histories, propaganda, norm-making, and the demonisation of the socially undesirable “other” (which is unfortunately so common in human society) possible.

The stories committed to film can serve as a vital counter-cultural storytelling tool, enabling those buried in the obscurity of an unsympathetic or actively hostile history to be seen and heard. Film can crack open the past and others’ experiences so that they may seep into our present moment, colour our future, clarify our past, and perhaps even alter the fabric of the sociopolitical landscapes we inhabit. Barbara Hammer’s remarkable and iconic body of work serves such a purpose.

Hammer’s life’s work is a treasure trove of raw, bright, insightful and profound LGBTQ audiovisual culture which spans from the 1970s until the 2010s. Originally released in 1992, NITRATE KISSES serves as a vital and effective piece of history, in the sense that, to quote the film itself, it “does not retrieve events/actors lost by official history, but shows the processes that produced those losses, those constructed silences.”

Hammer compresses a multitude of images, historical periods, narratives and ideas into the run time of NITRATE KISSES, without the film seeming at all laboured, fractured or frenetic. Instead, it resembles a collection of conversations and memories spanning a long lifetime. It is a deeply insightful piece of film history; it is grayscale, grainy, and – in both the sexual and design definitions of the word – graphic.

Broadly, it is a film exploring post-war homosexuality. More specifically, it laces together archive footage, graphics, and interviews; from avant-garde 1930s films to the intimacy of a pierced, tattooed, grunge-inclined lesbian couple in a 1990s New York apartment. NITRATE KISSES is bountiful and rich with experiences. There are stories of police raids on gay hangouts, the risky nature of public affection, the necessity of presenting as straight, and the warped biological pseudoscience of the midcentury. The themes encompass the politics of sexual gaze and desire on film, the origins of camp, surviving Nazi persecution, and the very relations between power, knowledge and sexuality.

NITRATE KISSES gently teases out the experiential, fragmented and fleeting nature of conscious life, and is very much a film about performances and perceptions. In a time where “camp” can be celebrated and interpreted in the public eye through costume and gesture, but its origins in the necessity of “impersonations and performances” instrumental to survival can be forgotten or overlooked, NITRATE KISSES is vital and illuminating.

The view NITRATE KISSES affords us into lives so cautiously kept discreet and effectively quarantined by those with the power to wrest cultural narrative control, are just as relevant to audiences today as they were in the early 1990s. Today, we find ourselves in a caustic sociopolitical environment where people still vehemently hurl vitriol into the complex and colourful mix of cultures and societies, determined to convey disgust, inflict hurt and level judgement. Facing and learning these histories has a bearing on modern cultural understanding, and can teach us how vital it is to resist further erasure and repression.

The erasure methods employed by the hegemonic cultural mainstream have been many, but the means by which LGBTQ people have fought for visibility and the freedom to present as they wish publicly and proudly are far greater. NITRATE KISSES is one such expression of that pride and power.