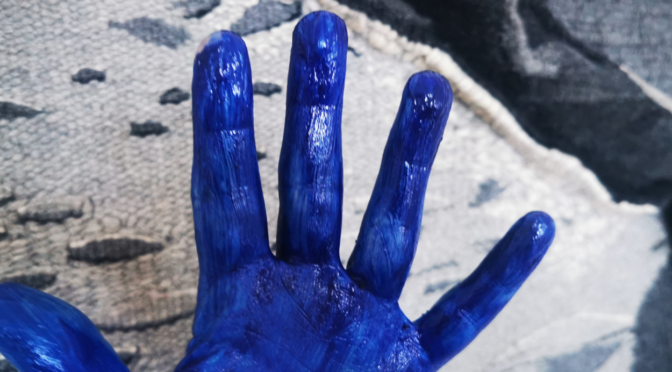 Over Britain’s documentary and film commentary sectors, Mark Cousins exerts something like an inexorable influence. His work ethic is undeniable. So is his appeal. Whether documentary or fiction or a melding of both, his films usually find homes with distributors and streaming sites; he has written or co-authored four books. It’s likely many film-curious minds first came across him through his sui generis, sometimes fanciful column in Sight & Sound; or perhaps through the TV shows about film he’s fronted, Scene By Scene and Moviedrome.

He’s characterised by his earnestness, unabashed sincerity and enthusiasm for culture, if not an expertise. His voice, his light Belfast brogue, is easily recognisable and much commented upon – a fact he exploits, for instance, in THE STORY OF FILM, where the word “bauble” is pronounced over and again with a particular relish: his pause between the word’s two syllables comes close to a caesura. Such recognisability means he’s a favourite of film festivals, such as Sheffield Doc/Fest, where his latest, THE STORY OF LOOKING, premiered as the closing night film.

Why? Why does recognisability, in a film industry and culture as closed and stale as Britain’s, amount to such good favour, especially when the work is as aesthetically busted as it has become in recent years? From I AM BELFAST onwards, a laziness of form has been creeping into Cousins’s work. His at-one-point pleasing tendency to perform cinematic free association, his reliance upon voice-overs crowded with half-rhymes and strophic formulations, his adoration for visual culture and its many, many intertwined stories: these have all grown tiresome via repetition. In THE STORY OF LOOKING, which is extrapolated from his book of the same name – but crucially inspired by a cataract surgery he underwent during lockdown – he takes that cinematic indifference, his “this-will-do” attitude, and through it plumbs new depths of banality.

“Why does recognisability, in a film industry and culture as closed and stale as Britain’s, amount to such good favour, especially when the work is as aesthetically busted as it has become in recent years?”

The film is an essay, “a journey through our visual lives,” per his voice-over. But much of a journey it is not. The film begins in Cousins’s bed, where he watches a clip of Ray Charles on his phone and discusses its relevance to his impending eye surgery, all told to a camera propped up to his left. Later, he posts a prompt out to his Twitter followers, asking them to tell him about what looking means in their lives. His followers dutifully, at times sycophantically, respond; Cousins reads out their replies, often pausing to remark on their emotional force, sometimes eliciting a perfunctory, Owen Wilson-like, “wow.” So it could be said that, at first, the film is the story of looking at a man reading from his phone while in bed, which is not an enticing prospect.

But things don’t improve when Cousins finally leaves his Edinburgh flat. He lines up free-wheeling connections, flashes of his inward eye, between footage of his walks in Edinburgh and visual bricolage from travels around the world; a particular colour or shape in the landscape; paintings, photographs and films. But THE STORY OF LOOKING never pauses to let a transition breathe, to allow its significance to become known. He does something disastrous for a film essayist: he ascribes significance to everything. In the character of his montage and voice-over, Cousins is a rhapsodist, and the challenge for a rhapsodist is knowing when to stop. But his films in these two enjoined modes have a bigger problem still, as Cousins displays a marked incuriosity about his own taste, his own associations. Instead of pausing to cogitate on them, they’re simply stated ad nauseum.

“…disastrous for a film essayist: he ascribes significance to everything. In the character of his montage and voice-over, Cousins is a rhapsodist, and the challenge for a rhapsodist is knowing when to stop.”

The imprecision of Cousins’s thinking – in evidence in his images and the exasperating preciousness of his voice-over’s sentences – has been a fact of his work for some time now. THE STORY OF FILM is rife with errors of fact and interpretation. THE EYES OF ORSON WELLES, his mash note to Welles’s life and art, contains a horrible voice-over impersonation of Welles’s booming chords that answers Cousins’s pleading, obsequious questions. WOMEN MAKE FILM, his fourteen-hour road-movie-essay centring women directors, begins as it means to go on: by misspelling Chantal Akerman’s name in the opening half-hour. That film has the great advantage of introducing the work of many wonderful directors to audiences who might never have heard of them. If, that is, the audiences in question can stomach the film’s resolute excess and incoherence of structure (which is formal, thematic, generic, and then outright vague), or Cousins’s refusal to cite any of the feminist film theorists and critics who made the discourse of his documentary possible in the first place.

THE STORY OF LOOKING demonstrates another failure of citation, this one a recurring feature of Cousins’s films. At one point, the director moves to a quick consideration of a photograph of noted Nazi propagandist Leni Riefenstahl with a member of the Nuba, a Sudanese tribe who inspired her collection The Last of the Nuba. Within the vacuum of THE STORY OF LOOKING, Cousins’s exact reason for including this is unclear – I’m sure he has read Susan Sontag’s essay “Fascinating Fascism,” though I’m not sure he’s read it closely enough. This is not a small problem, and it blights earlier work, too. In WOMEN MAKE FILM, Riefenstahl is cited on eight occasions, each instance more exasperating and superfluous than the last. In one moment, the film moves from SAMBIZANGA, by the anti-imperialist feminist director Sarah Maldoror, to Riefenstahl’s OLYMPIA via the tenuously defined notion of the eye-line. In both films, with their wholly formal and thematic, apolitical framing, Cousins engages with Riefenstahl’s work irresponsibly.

Cousins describes the aim of THE STORY OF LOOKING as being “to ride the thermals of looking.” That he’s free to do so is beyond reproach: this is the film of a very free man. But that also means he’s free to be superficial; it means he’s free to be too intimate, such as when he takes to dangling his member before the lens; it means he’s free to be prolific, but prolificness is not an excuse for films of negligible aesthetic worth. In the context of documentary film festivals and exhibition, Cousins’s freedom comes at the expense of other filmmakers and their films, which may never be seen again after a showing or two. Can funding bodies, film programmers, and distributors be persuaded to look elsewhere?