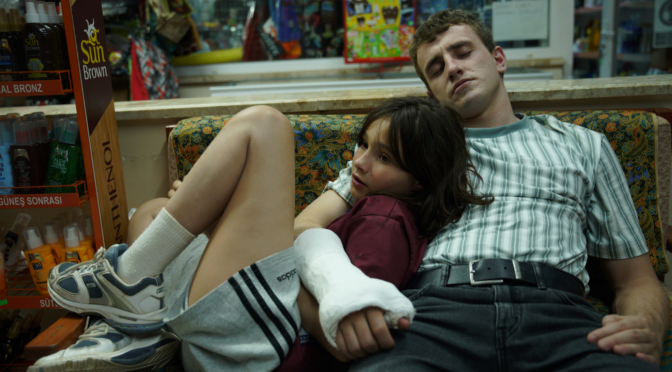 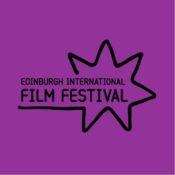 Charlotte Wells’ feature debut showcases the assured hand she had already demonstrated in her short film work and enhances it further to balance tone and pace throughout a touching story of a daughter and her troubled father on holiday.

Calum (Paul Mescal) takes his 11-year-old daughter Sophie (Frankie Corio) on a package holiday to Turkey, a setup we are introduced to via home video footage recorded by Sophie. A framing device showing an adult Sophie (Celia Rowlson-Hall) imagining an inebriated Calum at a rave informs us of the complex undercurrents of the relationship and her father’s state of mind as the holiday plays out.

From the beginning, visual attention to detail immerses you in the central relationship and sets the tone. As Sophie and Calum travel to their resort, the sodium street lighting flickering through the bus windows conveys a bleary-eyedness that dialogue simply could not. Upon arrival, a jump from day to night is one of several transitions – not least one to a final shot of Calum – that Wells and editor Blair McClendon design with precision and care.

AFTERSUN also displays impressive absorption in its 1990s setting, with subtle but effective touches such as the motorbike arcade game Sophie plays with a fellow youngster at the resort, of the sort familiar to any British child of the era. Keen Scottish eyes will probably try to determine what Hearts strip Sophie is wearing. The cinematography and musical choices also do plenty of lifting here, with the sun-soaked imagery and tunes practically donning a bucket hat and three-quarter-length trousers.

However, the more interesting observation is how Wells and the creative team use these visual and musical touches to inform and foreshadow the story. Indeed, whilst many of the musical choices conjure up the period (Chumbawumba, All Saints, Catatonia, and The Macarena all featuring), much of the soundtrack does not. However, all of it is carefully placed and edited within the film’s flow; when it departs from the period, as it frequently does, it is in service of further developing a tone of melancholic, rueful nostalgia. In particular, the editing of Blur’s Tender and the effects layered on Bowie and Queen’s collaboration Under Pressure transform the scenes in which they feature.

“…all of [the music] is carefully placed and edited within the film’s flow; when it departs from the period, as it frequently does, it is in service of further developing a tone of melancholic, rueful nostalgia.”

Frankie Corio’s performance – her first acting role – is remarkable, effectively balancing naivety and precocious wisdom. Paul Mescal has a demanding role as Sophie’s father and conveys the restraint Calum attempts to force upon himself in various ways, including his practice of tai-chi. Yet there is never a sense that Mescal’s Calum is truly at rest or peace, even during those moments of careful meditation. The affection he displays for his daughter is critical because there are many moments where he may be deemed – indeed, arguably is – irresponsible as a parent, but the depths of his inner turmoil are never entirely obscured from view. Much like in her short films, Wells’ direction should receive some of the credit for eliciting such gentle but emphatic performances.

In positioning the film as fleeting fragments of footage and, perhaps, the sun-bleached memories of Sophie, Wells delivers AFTERSUN as a rumination on children’s changing perceptions of their parents (the adult Sophie is presented as a new parent herself). This coming-of-age includes not only the realisation that parents are not superheroes – one aborted karaoke effort laying that bare for Sophie here – but also that children will never truly understand the full extent of their parents’ inner lives. Grainy home footage and candid exchanges under a foreign sun can only hint at the complexity of their emotional state.