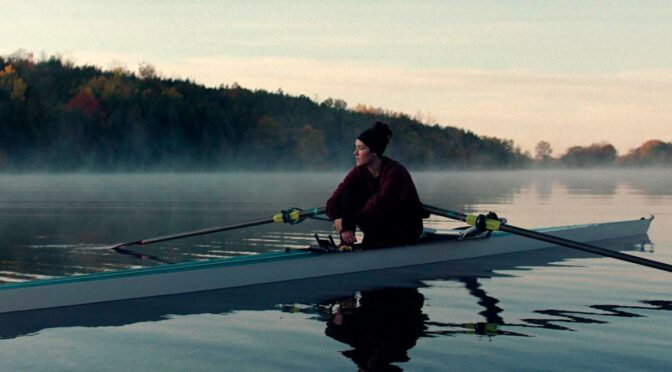 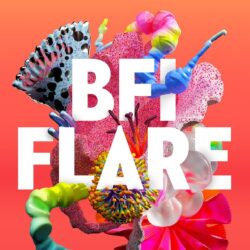 Obsessive freshman Alex Dall (Isabelle Fuhrman) joins the college rowing team and pushes her body and mind to the extreme. Lauren Hadaway’s debut feature encapsulates the pressures and expectations on students to compete for prestigious scholarships in US colleges but foremost explores fixation and compulsion in this reeling psychological drama.

Alex’s fellow novices are all determined and eager, none more so than Jamie Brill (Amy Forsyth). Their friendship eventually turns into rivalry with Brill being the one to beat. The competition is exacerbated when they are both asked to sit on the varsity team for a regatta. Alex has a clear pattern of trying her hardest to be the best in anything she does—her major is in a subject she is historically the worst at—and tries to push herself beyond her limits until the only thing that occupies her mind is breaking records and beating everyone else. Hadaway captures Alex’s hunger and compulsion throughout the film as the people around her begin to fade into the ether and all that’s left is Alex’s singular desire to win.

The film doesn’t delve too deep into the history of Alex’s obsessive personality but a conversation with her new partner and college TA, Dani (Dilone), has her recounting a time when she fervently studied and retook test after test to beat another boy in her class in high school. The frantic and uncomfortable retelling begins to border on psychotic.

Things on the outside begin to unravel for Alex: physically she starts to deteriorate, her relationship with Dani is strained but she never loses sight of the end goal. In a gruelling season of training, Alex is pitted against Brill in the seat races where she realises any respect her team had for her is now gone. In a final nail-biting race, Alex’s compulsion comes to a head where all she sees is the record time that she needs to smash.

What we realise about Alex is that the challenge is as much part of the obsession as the winning is. Trying hard, in a space where some people don’t have to is her raison d’etre. Working hard to win is better than just winning on natural talent. Almost WHIPLASH-esque at times but rather than a screaming J. K. Simmons, all the pressure comes from Alex herself.

The evocative cinematography and Isabelle Fuhrman’s masterful capture of the character makes Hadaway’s sensory and visceral debut a success, even if at times it’s challenging to watch.