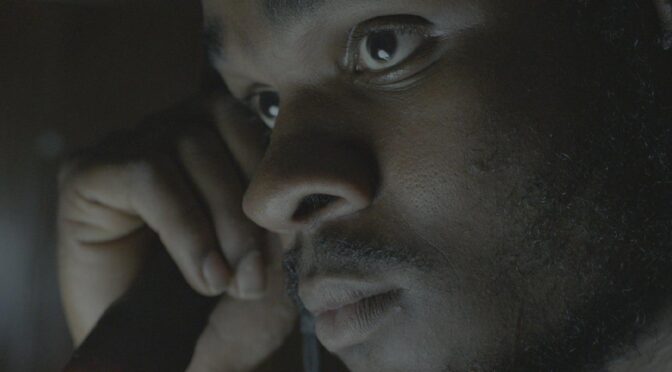 Rob Lemkin’s documentary, led by British poet Femi Nylander, is one of a growing wave of documentaries looking to recontextualise the history of European colonialism. Using Nylander’s personal and poetic reflections, the film finds meaning with its combination of his British upbringing, his family’s African roots, the cultural reference of Heart of Darkness, and the collective memories of Nigeriens he encounters.

Searching for the inspiration for Kurtz, the infamous figure around which Heart of Darkness revolves, who personifies “a type of savagery at the heart of Western civilisation”, finds Nylander travelling to Niger. The intention is to follow the path of Captain Paul Voulet, a French coloniser sent to conquer the Chad basin, whose expedition was characterised by violence and savagery on the part of his command.

Nylander is a compelling presence at the heart of the film, providing a modern perspective which is conflicted. With familial roots in West Africa, Femi feels connected historically to the region, yet, as a Brit, he is also removed, even being told that his Englishness means he “may as well be white”. His calmness is even highlighted as a pejorative at points, with some of his hosts castigating his placid exterior (“…you have no curiosity to connect”), even if – to the viewer – his poetic-feeling narration makes his revulsion clear.

Nylander’s perspective is critical to effectively portraying the complex emotions encountered. Other sources have examined colonial legacy through the lens of Heart of Darkness (including a 2013 episode of Anthony Bourdain’s Parts Unknown in the Democratic Republic of Congo); however, Nylander’s approach to engaging with this legacy and his personal internal conflicts is a more relevant perspective, more concerned with connection than a more straightforward form of observer empathy.

Lemkin’s film blends historical footage, photography, readings from historical sources and Conrad’s novel, and Nylander’s narration with the statements of the many people along the route in Niger. A central concern of the film is how the impact of European colonial imperialism still resonates today, scarring both the landscape and the memories of the people. That goal is most clearly achieved by Nylander frequently speaking directly to Voulet, addressing the long-deceased captain by name. This direct speech works well as a conceit, bringing Voulet’s many atrocities clearly into the present: AFRICAN APOCALYPSE is not an examination of grainy photographs and dusty historical sources but one of an enduring legacy of oppression and white supremacy.

Although mostly straightforward in visual presentation, Lemkin isn’t above the odd flourish, which adds to the themes and connections the film looks to address. Beginning with Nylander winding through the streets of Oxford – where he was an integral part of a campaign to remove the city-centre statue of Cecil Rhodes – the tan bricks of Oxford are panned across and transition to the dusty terracotta walls of a Niger town. Again, this is a simple and effective connection of the present-day Europe – and its comparative prosperity – to former colonies.