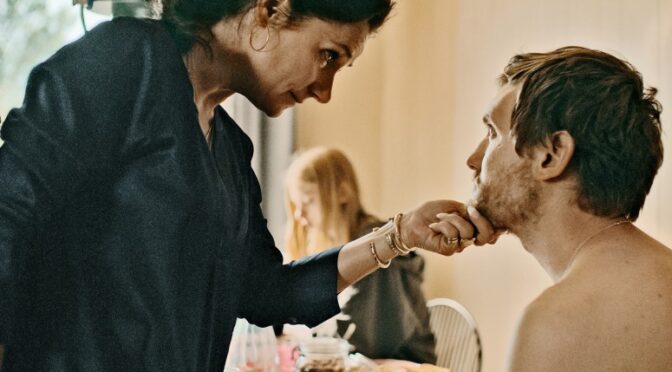 WILDLAND (KØD & BLOD), part of the Panorama strand at Berlinale 2020, walks us through the eyes of Ida, a young 17-year-old who has survived the car crash that killed her mother and must now navigate her future alone. Ida is rehoused with her Aunt Bodil (Sidse Babett Knudsen), a home which includes Bodil’s brood of charming yet criminal sons and extended kin.

The plot follows her adjustment to life in the chaos of a home that is filled with family love and illicit activities behind closed doors. The allure of Ida’s cousins’ behaviour is enticing as it allows her to feel beyond her loss; an escapist euphoria found through dancing, smiling and racing through the countryside. However, the matriarchal dominance of her Aunt suddenly reveals how sinister and unconditional the immediate family are with each other and, despite welcome arms, it is evident that Ida is still outside of the circle of trust.

As her directorial debut, Jeanette Nordahl has brilliantly refined a complicated situation into a neat script that doesn’t deliver a cathartic release, something representative of her bitter version of reality. She captures Ida’s suffocating reality in a mellow, and refined tone. Ida’s actions speak louder than her lack of words, carrying a pain within her eyes at the boiling point of desperation, her only solace being clinging to survival. The silent gaze is so underrated and powerful, which is what makes Sandra Kampp’s performance so soulfully captivating. The close-ups of her lips twitching in reply to a question belie the internal debate between protesting at the injustices flung at a teenager and, more often than not, giving the most amicable response that will keep her safe. However, there are moments of uplift from her melancholy, including perhaps one of the most entertaining quotes: “Carpe Diem is Latin for YOLO”. This paintbrush stroke of humour lifts the sombre reality.

The brothers also possess notable personalities, such as Jonas (Joachim Fjelstrup), the cautious yet brutal ringleader, whose charm can win over anyone but is adamant in his position of authority. The gentle doofus of the clan is Mads (Besir Zeciri), who acts perversely crude and childish at times, yet craves the adoration and approval of his mother. Finally, there is David (Elliott Crosset Hove), the sinister lone wolf, who speaks very little yet holds a haunting threat in his eyes. His shadowy presence and accusing glares prompt a suspenseful holding of your breath, anticipating a brutal reaction which seldom comes. The tense atmosphere is enough to keep the audience engaged without becoming stifling or an overzealous gangster drama.

With the backing of the Danish Film Institute, WILDLAND is a slow but compelling film that in just a few hours covers the dramatic change in one girl’s life and dissects the complexities of family loyalty and the faux-tender inevitabilities the still familial criminal world.

WILDLAND has four more screenings at the 70th Berlinale at time of publication.