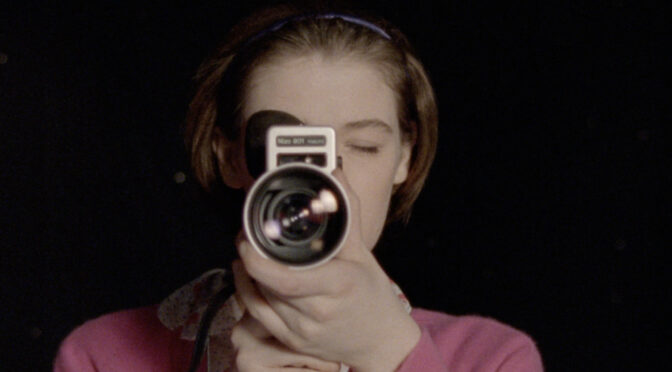 THE SOUVENIR: PART II continues Joanna Hogg’s semi-autobiographical journey of a young woman at film school in England. This new entry develops on the first film’s themes to capture the essence of both artistic escape and being young in an England of repressed emotions.

This second film picks up immediately where THE SOUVENIR left off. Julie (Honor Swinton Byrne) is recovering from the shock of Anthony’s (Tom Burke) death and his double life as a drug addict. As she gradually returns to the world and starts her final project for film school, Julie finds her cinematic sensibilities changed by her experiences with Anthony. Her tutors disapprove of her new artistic direction, telling her that she’s lost her focus on depicting working-class struggle and is leaning into an unprofessional level of abstraction in her filmmaking.

There’s a clear narrative throughline from THE SOUVENIR to this film that makes it a sequel that completes the story started in the first film. Julie’s experiences with Anthony cast a long shadow over her life and are the catalyst for her character’s development. This continuity completes the emotional journey that Hogg started in the first film through to a definitive epilogue.

“At their core, both films capture something that can’t be put into words: the peculiar emotional consequences of being young in England and of growing up in a culture with so much cultural baggage.”

At their core, both films capture something that can’t be put into words: the peculiar emotional consequences of being young in England and of growing up in a culture with so much cultural baggage. Julie has no outlet for the complex emotions she’s feeling in the wake of her affair with Anthony and his subsequent tragic death. Her parents studiously avoid all talk of emotional matters. Her friends are too focused on the process of making Julie’s film to engage with what she’s expressing through it (apart from Patrick, played as the most wonderful kind of prick by Richard Ayoade: he’s connected to his emotions, but his single-minded narcissism makes him impossible to connect with).

This quintessential Englishness is epitomised in a scene at Julie’s parents’ palatial house in the countryside. Julie accidentally breaks the sugar pot that her mother (Tilda Swinton) made herself and was so proud of. As Julie’s mother tidies up the sugar and hides how upset she is, Julie’s father simply says, “Never mind”; the stifled emotion of the scene is palpable. In the prim and proper English household of Julie’s upper-class family, there can be no acknowledgement of emotional distress or antagonism of any kind. In this environment, Julie’s obvious distress and trauma are treated as an aberration to be ignored until it goes away.

“This story feels both intensely personal to Joanna Hogg as writer and director and incredibly universal at the same time.”

It’s only through film that Julie can express herself. When she finally completes and shows her film, we are suddenly transported into scenes of theatrical abstraction that feel straight out of a Derek Jarman film. Through her filmmaking, Julie falls into herself and is able to work through her emotions through her art. This story feels both intensely personal to Joanna Hogg as writer and director and incredibly universal at the same time.

Along with the film’s enthrallingly soft cinematography, there’s a gentle beauty to the whole film that can feel dream-like. The film’s images have a soft and fuzzy quality that defies the sharp clarity of most digital cinematography and contributes to capturing what it felt like to exist in the 1980s. The dreaminess makes it feel so paradoxically real that, even though the story is definitively and emotionally complete in THE SOUVENIR: PART II, I’d have been happy for Julie’s story to continue on screen for many more films.