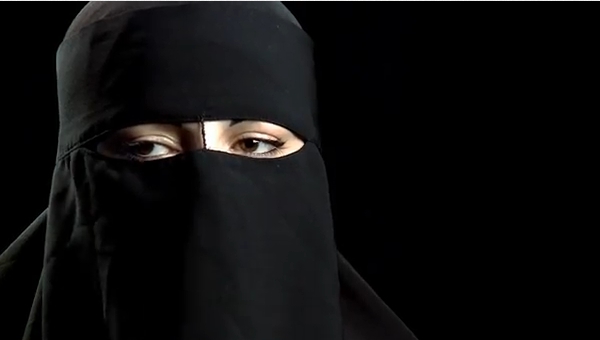 What burns about BANAZ: A LOVE STORY is when Detective Chief Inspector Caroline Goode starts to choke up. This stern-looking police officer is recounting her involvement in the honour killing of Banaz Mahmod, a British-Kurdish woman who was murdered by her family in 2006. More than once her voice thickens with grief. Just as how Werner Herzog reacts to the audio footage of Timothy Treadwell being eaten alive by a bear in GRIZZLY MAN, there is something devastating about watching somebody else respond to horror.

As one of Goode’s colleagues remarks, in most murder cases the family of the victim are the first people to report the crime. Not so here. This documentary by Norwegian-singer turned filmmaker Deeyah puts together the story of Banaz Mahmod using interviews with those directly involved with the case , video-footage of Banaz imploring the police for help and texts she sent to her boyfriend before she died. After her family moved from northern Iraq to south-west London Banaz was bundled off in an arranged marriage at the age of 17. Her husband beat her up and raped her. When Banaz left him it incurred the wrath of her family who felt humiliated. Later when she found a new boyfriend the anger turned toxic leading to her killing in late January 2006.

…there is something devastating about watching somebody else respond to horror.

Like watching a car-crash in slow motion the amount of information dredged up in BANAZ: A LOVE STORY suffocates you. You know the outcome, yet here you are taking it all in wondering why the hell nobody was able to stop it from happening. Many of the speakers echo the same views. Worst of all are the video excerpts from an interview Banaz held with the police explaining what had happened to her with her husband and how she now feared for her life. Caustic details emerge in the filmed police interview such as how when she was beaten round the head her ears bled for days whenever she tried cleaning them. Later after the first murder attempt on Banaz took place the boyfriend Rahmat films her in hospital, disorientated, describing what has just happened.

This gradual drip-drip of information leading to tragedy feels much like DREAMS OF A LIFE, the account of how Joyce Vincent dropped out of society to die alone in 2003.

This gradual drip-drip of information leading to tragedy feels much like DREAMS OF A LIFE, the account of how Joyce Vincent dropped out of society to die alone in 2003. Similar to that film the director takes pains to show the potential Banaz had. Texts Banaz sent to her boyfriend flash across the screen declaring her love for him. Similar too, BANAZ: A LOVE STORY can only tell part of the story from those willing to speak. Mostly those telling the story represent the societal response to the murder: lawyers, police-officers, social workers and the like. Banaz’s sister Bekhal talks on camera wearing a full veil, airing her own fears for her life even now. Rahmat refused to participate in the documentary. No one from the family presents their views on the murder, other than the filmmakers ‘door-stepping’ Banaz’s father during a prisoner transfer. He denounces them as liars.

Adrift as we are with twenty-four hour news, many stories fail to register properly. Director Deeyah gives Banaz’s memory the time it deserves in this harrowing film. Personally, I’ve just written this review in Earlsfield, a suburb in south-west London. The events described took place within walking distance in Tooting, Wimbledon and Mitcham. True horror lies in wait just down the road.

5 thoughts on “Banaz: A Love Story”