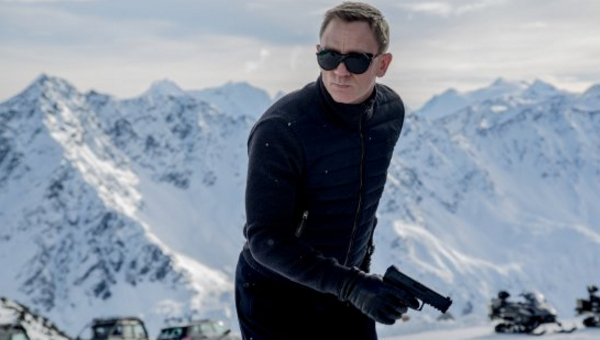 Is James Bond a character that constantly reinvents himself, or one that requires no reinvention? Ever since DIE ANOTHER DAY inspired viewers to ignore its title’s imperative rather than watch any more, this is the quandary the Daniel-Craig-led incarnation of the films has found itself in.

This was no more obvious than in SKYFALL. Sam Mendes’s film was a gloriously entertaining, superbly constructed picture brought to dramatic clarity by Roger Deakin’s cinematography. It was, however, one that ran back to the Bond comfort blanket, after QUANTUM OF SOLACE attempted to build on the more vulnerable character established in CASINO ROYALE and apparently stumbled.

SPECTRE picks up in the aftermath of SKYFALL and begins on much the same route – settling into the furniture of previous incarnations by now introducing the organisation that so eluded Connery’s Bond. Its leader is Franz Oberhauser, played by the deliciously malevolent Christoph Waltz. Supporting Bond is young doctor Madeleine Swann (Lea Seydoux) and the usual array of MI6 backups – M 2.0 (Ralph Fiennes) and Moneypenney (Naomie Harris) – all operating under the cloud of Max Denbigh’s (Andrew Scott) desire to shut the 00-agent program down.

SPECTRE opens with a long tracking shot through Día de Muertos in Mexico City – an early indication from Mendes that the visual ambition will not be any lower than with SKYFALL. It’s a tremendous opening, and a later car chase through Rome is both visually arresting and calmly edited. A train fight sequence with henchman Hinx (Dave Bautista) nicely marries the sense of danger cultivated in CASINO ROYALE’s bone-crunching with a more measured approach than the overly kinetic style dominating modern action movies. However, beyond the opening, there is nothing quite as engaging as Silva’s long take introduction from SKYFALL, nor as wondrously striking as Deakin’s incredible photography from that film’s fiery climax.

SKYFALL retreated to Bond iconography to pay homage to its predecessors and perhaps put the audience at ease. The notion is that it succeeded because of this. In reality, the 2012 film was both well-paced (if ridiculously plotted at closer inspection) and looked incredible. If SKYFALL was the film to make old-school Bond retro and acceptable rather than passe and anachronistic, then SPECTRE embraces it wholeheartedly. As entertaining as SKYFALL was (and SPECTRE is at times), it seems you reap what you sow.

“If SKYFALL was the film to make old-school Bond retro and acceptable rather than passe and anachronistic, then SPECTRE embraces it wholeheartedly. As entertaining as SKYFALL was (and SPECTRE is at times), it seems you reap what you sow.”

SPECTRE relies very heavily on the lore of past Bond films. Why would there be a gag regarding the Aston Martin’s rear-firing gun? Why would henchman Hinx have no lines? Why would there be a clumsy attempt to ret-con Craig’s other outings to link them directly to the villain’s machinations? The last is the least convincing of the film’s bolder moves and arguably waters down the personal vendetta angle of Javier Bardem’s Raoul Silva in SKYFALL.

More problematically, though, SPECTRE (much like STAR TREK INTO DARKNESS) jettisons fresh ideas, relying on iconic moments from previous (pre-Daniel Craig) outings to deliver drama. Older references have no resonance to newer fans or – more damningly – the characters on screen. Although the film zips along (never really feeling too much like its 150-minute run time), it never quite has the feeling of coherence SKYFALL achieved – in the moment, at least – as a result.

On this occasion, the globetrotting delivers a feel of travelogue vignettes rather than a progressing storyline. Although there are flashes of obvious potential in the casting, Waltz is not given a chance to get his teeth into the villain role. The humour is gentle but doesn’t quite muster the panache of, for example, the SKYFALL cufflink adjustment. A ludicrous sex scene with Monica Bellucci indicates that, although this modern Bond constantly wishes to hark back to Vesper Lynd and CASINO ROYALE’s emotional turmoil, SPECTRE wants to have its cake and eat it too.

SPECTRE will ride high after the box office coronation of SKYFALL, but it is a ghost at the feast – the Bonds of time gone by.